A horrifying look into the mind of 9/11’s mastermind, in his own words 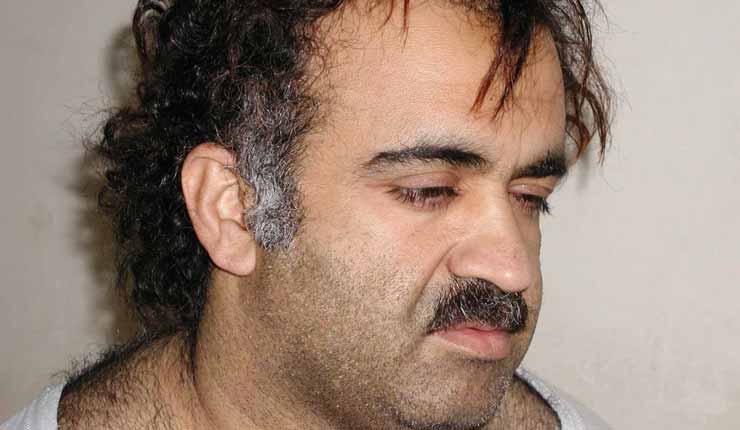 What is it like to stare into the face of evil? James E. Mitchell knows.

In his gripping new memoir, “Enhanced Interrogation: Inside the Minds and Motives of the Islamic Terrorists Trying To Destroy America,” Mitchell describes the day he was questioning Khalid Sheik Mohammed, when the 9/11 mastermind announced he had something important to say. “KSM then launched into a gory and detailed description of how he beheaded Wall Street Journal reporter Daniel Pearl,” Mitchell writes. Up to that moment, the CIA did not know KSM had personally carried out the murder. When asked whether it was “hard to do” (meaning emotionally difficult), KSM misunderstood the question. “Oh, no, no problem,” KSM said, “I had very sharp knives. Just like slaughtering sheep.”

To confirm his story, the CIA had KSM reenact the beheading so that it could compare the features of his hands and forearms to those in the video of Pearl’s murder. “Throughout the reenactment, KSM smiled and mugged for the cameras. Sometimes he preened,” Mitchell writes. When informed that the CIA had confirmed that he was telling the truth, KSM smiled.

“See, I told you,” KSM said. “I cut Daniel’s throat with these blessed hands.”

This is the pure evil Mitchell and his colleagues confronted each day at CIA “black sites.” “I have looked into the eyes of the worst people on the planet,” Mitchell writes. “I have sat with them and felt their passion as they described what they see as their holy duty to destroy our way of life.”

On the 15th anniversary of the 9/11 attacks, CIA Director John Brennan told CBS’s “Face the Nation,” that the U.S. is safer than it was 15 years ago and that U.S. intelligence agencies have become better at assessing threats. (Reuters)

The world has heard almost nothing from KSM in the 15 years since the 9/11 attacks, but Mitchell has spent thousands of hours with him and other captured al-Qaeda leaders. Now, for the first time, Mitchell is sharing what he says KSM told him.

Mitchell is an American patriot who has been unjustly persecuted for his role in crafting an interrogation program that helped stop terrorist attacks and saved countless lives. He does not shy from the controversies and pulls no punches in describing the interrogations. If anything, readers may be surprised by the compassion he showed these mass murderers. But the real news in his book is what happened after enhanced interrogations ended and the terrorists began cooperating.

Once their resistance had been broken, enhanced interrogation techniques stopped and KSM and other detainees became what Mitchell calls a “Terrorist Think Tank,” identifying voices in phone calls, deciphering encrypted messages and providing valuable information that led the CIA to other terrorists. Mitchell devotes an entire chapter to the critical role KSM and other detainees played in finding Osama bin Laden. KSM held classes where he lectured CIA officials on jihadist ideology, terrorist recruiting and attack planning. He was so cooperative, Mitchell writes, KSM “told me I should be on the FBI’s Most Wanted List because I am now a ‘known associate’ of KSM and a ‘graduate’ of his training camp.”

KSM also described for Mitchell many of his as yet unconsummated ideas for future attacks, the terrifying details of which Mitchell does not reveal for fear they might be implemented. “If we ever allow him to communicate unmonitored with the outside world,” Mitchell writes, “he could easily spread his deviously simple but potentially deadly ideas.”

But perhaps the most riveting part of the book is what KSM told Mitchell about what inspired al-Qaeda to attack the United States — and the U.S. response he expected. Today, some on both the left and the right argue that al-Qaeda wanted to draw us into a quagmire in Afghanistan — and now the Islamic State wants to do the same in Iraq and Syria. KSM said this is dead wrong. Far from trying to draw us in, KSM said that al-Qaeda expected the United States to respond to 9/11 as we had the 1983 bombing of the Marine barracks in Beirut — when, KSM told Mitchell, the United States “turned tail and ran.” He also said he thought we would treat 9/11 as a law enforcement matter, just as we had the bombings of the U.S. embassies in Kenya and Tanzania and the USS Cole in Yemen — arresting some operatives and firing a few missiles into empty tents, but otherwise leaving him free to plan the next attack.

“Then he looked at me and said, ‘How was I supposed to know that cowboy George Bush would announce he wanted us ‘dead or alive’ and then invade Afghanistan to hunt us down?’” Mitchell writes. “KSM explained that if the United States had treated 9/11 like a law enforcement matter, he would have had time to launch a second wave of attacks.” He was not able to do so because al-Qaeda was stunned “by the ferocity and swiftness of George W. Bush’s response.”

But KSM said something else that was prophetic. In the end, he told Mitchell, “We will win because Americans don’t realize . . . we do not need to defeat you militarily; we only need to fight long enough for you to defeat yourself by quitting.”

KSM explained that large-scale attacks such as 9/11 were “nice, but not necessary” and that a series of “low-tech attacks could bring down America the same way ‘enough disease-infected fleas can fell an elephant.’ ” KSM “said jihadi-minded brothers would immigrate into the United States” and “wrap themselves in America’s rights and laws” until they were strong enough to rise up and attack us. “He said the brothers would relentlessly continue their attacks and the American people would eventually become so tired, so frightened, and so weary of war that they would just want it to end.”

“Eventually,” KSM said, “America will expose her neck for us to slaughter.”

KSM was right. For the past eight years, our leaders have told us that we are weary of war and need to focus on “nation building at home.” We have been defeating ourselves by quitting — just as KSM predicted.

But quitting will not bring us peace, KSM told Mitchell. He explained that “it does not matter that we do not want to fight them,” Mitchell writes, adding that KSM explained “America may not be in a religious war with him, but he and other True Muslims are in a religious war with America” and “he and his brothers will not stop until the entire world lives under Sharia law.”