Netanyahu: Israel is looking to absorb injured Syrians from Aleppo 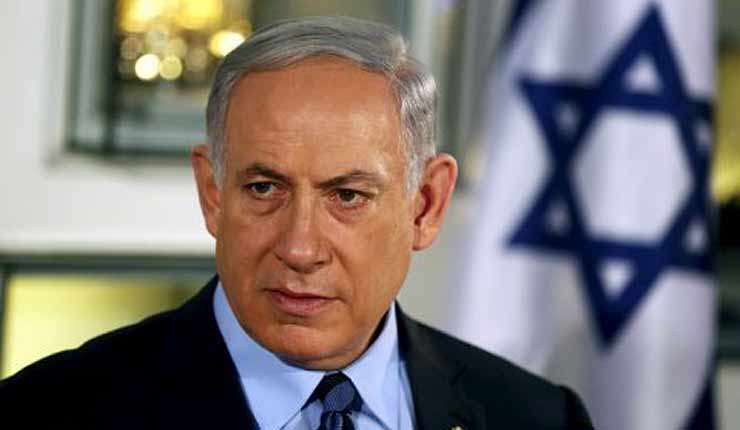 At the same time, he said, Israel will not let the Syrian war or aggression from Syria “spillover into our territory.”

The Foreign Ministry on Tuesday began exploring ways for Israel to expand the medical assistance given to civilian casualties in Syria, Prime Minister Benjamin Netanyahu said on Tuesday.

“We see the tragedy of the terrible suffering of the civilians,” Netanyahu said at an annual New Year’s event he holds with the foreign press.

“We are prepared to take in wounded women and children, and also men if they are not combatants. Bring them to Israel, [we will] take care of them in our hospitals as we have done with thousands of Syrian civilians. We are looking into ways of doing this. It is being explored as we speak.”

Also Tuesday, Netanyahu spoke out against the attack in Berlin.

“Israel condemns what appears to be a terror attack in Germany,” Netanyahu told reporters Tuesday. “We send our condolences to the families of the victims and of course to the German government and a speedy recovery to the injured, including an Israeli citizen.”

One of the issues being explored, one government official said, is the question of how to transfer civilians from Aleppo. Up until now, he pointed out, most of the Syrians treated in Israel were from regions close to the Golan border. Transferring the wounded from Aleppo is a much more complicated logistical issue, he said.

Netanyahu said he does not see a resolution now for the Syrian situation. “Will it come together and be a unified Syria? I doubt it. I think you have enclaves there and they are not about to disappear, but the suffering is great, and the one initiative we took is to help – as I said – thousands of Syrians who are sometimes mutilated beyond belief. We help them. I offered to do more today. I don’t know if we can resolve [the crisis in] Syria, but we can help mitigate some of the suffering. That is the best that Israel can do.”

At the same time, he said, Israel will not let the Syrian war or aggression from Syria “spillover into our territory.” He said that Israel has stringently maintained its red lines on this matter.

Regarding the Palestinian issue, Netanyahu said that with the election of Donald Trump “everybody is saying, ‘How is Netanyahu going to deal with this if he does not have massive pressure on him?’ Just fine,” he said.

“This is a great opportunity to actually pursue some new ideas I intend to raise with Donald Trump when he is in the White House to see how we can solve this conflict.”

Netanyahu refuted the assertion that the settlements are the main issue, saying that while they are an important issue, they are not the core issue.

“They are not even the most important issue, because many arrangements are possible,” he said, adding that he does not think that “removing people from their homes is one of them. I think that is a bad idea, whether it applies to Jews or to Arabs.”

Netanyahu said that the Palestinians have not come forward to negotiations “because they have basically adopted a strategy of saying, ‘Okay, we won’t foster terrorism, but we won’t move toward peace, we will move toward international forums and try to get an international dictate on Israel.’” Netanyahu said he has called on Palestinian Authority President Mahmoud Abbas “several hundred times” to enter negotiations, but Abbas refused, “betting the shop on the idea of an international dictate.

I hope that is out of his field of calculations, and if it is, he should come and talk.”

Among the diplomats who attended the event was the new Turkish ambassador, Kemal Okem, whom Netanyahu acknowledged after taking a question from a Turkish reporter about Israeli-Turkish relations.

Netanyahu, who said that it was not Israel’s decision to break off diplomatic ties with Turkey, said the recent exchange of ambassadors was a “welcome sign.” The premier said that while there are areas of common interests and challenges, “there are also differences.”

The key, he said, is to maximize the commonalities and minimize the differences. “It is better that we have this relationship than not,” he added.

A question from a Chinese journalist prompted Netanyahu to reveal that he is planning a trip to China in 2017 to mark 25 years since the establishment of diplomatic ties. Netanyahu visited China last in 2013, and the next trip is scheduled for late March.

He also said that he plans to visit West Africa, Latin America and Eastern Europe in 2017, in addition to a trip to Australia, Singapore and Fiji planned for February.

Asked by a Spanish journalist why he has taken to sharply criticizing some journalists on his Facebook page lately, Netanyahu replied, “It’s entertaining, it’s fun, I enjoy it.”


European meltdown threatens Jews 20,000 march in Kolkata in show of support for Israel