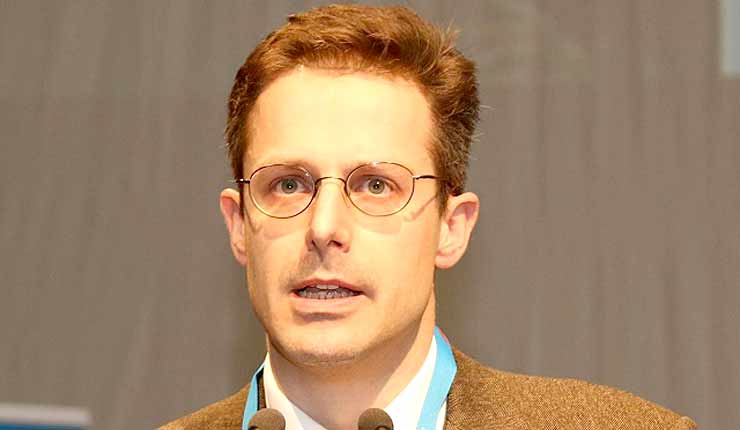 One brave German patriot is speaking the truth.

A eurosceptic German MEP has blamed Chancellor Angela Merkel for a lorry which ploughed into a Christmas market in Berlin, killing nine people and injuring dozens of others.

“When will the German rule of law strike back?” tweeted Marcus Pretzell, an MEP for the right wing Alternative for Germany party. “When will this cursed hypocrisy end? It is Merkel’s dead!”

The message was sent just minutes after the apparent attack, but details have yet to be confirmed by the authorities.

The driver of the big rig that barreled into a crowded Christmas market in Berlin on Monday — killing at least 12 people and injuring scores more — is a Pakistani refugee who arrived in Germany earlier this year, local reports say.

Sources told the German newspaper “Die Welt” that the suspected terror suspect came into the country on February 16, according to the Telegraph.

The man has been arrested in the past for minor criminal offences unrelated to terrorism, the sources said.

Another Berlin paper, Der Tagesspiegel, reported earlier that he was believed to be either Pakistani or Afghan.

Two senior German officials later confirmed to The Washington Post that the man was, in fact, believed to be a Pakistani national who arrived as an asylum seeker.

This is the entirely predictable result of mass Third World Muslim immigration.

It’s rather remarkable how the lying press has managed to convince most Germans being critical of Islamic terrorism and calling for mass deportations will only lead to more terrorism.

The end result is the endless flood will continue in perpetuity and while stuff is blowing up left and right and German women are being raped in the streets, no criticism of Muslims will be permitted.