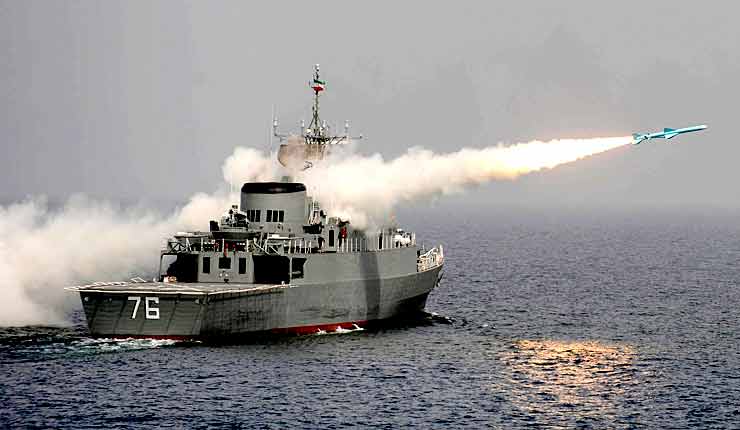 Source: The Algemeiner by Ruthie Blum

The controversial transfer of hundreds of millions of dollars in cash to Tehran by the Obama administration a few months ago is likely being used to expand Iran’s defense budget, according to an analysis by the Middle East Media Research Institute (MEMRI).

According to former senior MEMRI analyst Dr. Nimrod Raphaeli, though “money is fungible,” and it cannot be established that the $1.7 billion (originally reported as $400 million) delivered in two tranches to the Islamic Republic in exchange for the release of American hostages has gone directly to Iran’s various military branches and operations,

“it, at a minimum, enabled the government to release an equal amount of money for defense purposes. It is noteworthy that the increase in the proposed defense budget for 2017 is approximately equal to the amount transferred by the US.”

Raphaeli wrote that since mid-2013, when Hassan Rouhani succeeded Mahmoud Ahmadinejad as president, the regime’s allocations to the military have continuously grown. But ahead of the next fiscal year (March 2017-March 2018), the government submitted a draft budget that sees a sharp increase of 39 percent – amounting to a total of $10.3 billion – for defense, including a big increase in the budget of Iran’s Islamic Revolutionary Guard Corps (IRGC).

According to Raphaeli, foreign policy is closely coordinated by the government and the IRGC, “a potent military force accountable to the Supreme Leader, in regional politics, and particularly in Syria and Iraq [with] a branch, the Qods Force Brigade…responsible for spreading Iran’s subversive and, often, terrorist activities across the Middle East and beyond.”

In a recent interview with The Algemeiner, former director-general of Israel’s Ministry of International Affairs and Strategy IDF Brig. Gen. (res.) Yosef Kuperwasser said that Iran is stepping up the speed at which it is arming its proxies in the region, due to its fear that after Donald Trump assumes the US presidency in January, its room to maneuver in Syria — where it has been helping bolster the regime of President Bashar Assad — will be greatly hampered.

In addition to its “dominant share in the national defense budget,” wrote Raphaeli, “[T]he IRGC derives vast revenues from its control over energy, construction, banking, and marketing (as well as smuggling of contraband), [m]uch of [which] are carried out by a company known as Khatam Al-Anbiya (“Seal of the Prophet”) established by Supreme Leader Ali Khamenei in the late 1980s as the economic arm of the IRGC. Upon the withdrawal of the major oil companies such as Shell Oil (Anglo-Dutch) and Total (French) from Iran’s oil sector following the international sanctions, ownership of the oil and gas fields vacated by these companies was transferred to Khatam Al-Anbiya.”

“Whatever the source of the defense budget increase,” Raphaeli concluded, “the IRGC will have ample resources to expand its nefarious activities far beyond the borders of the Islamic Republic.”

As The Algemeiner reported late last month, in spite of the Joint Comprehensive Plan of Action, the nuclear deal signed between Tehran and world powers a year ago in July, dangerous confrontations between American and Iranian warships in the Persian Gulf have increased by more than 50 percent in 2016 as compared with the 2015.

This has been accompanied by months of belligerent statements emanating from Tehran, and actions in the form of ballistic-missile testing and boasts of military advancements — the most recent of which was the entry of two Islamic Republic naval warships into the Atlantic Ocean.

Meanwhile, Iranian officials continue to threaten the United States that it has concrete plans in place to respond to any possible breach of the nuclear deal, particularly following the recent unanimous US Senate vote to extend the Iran Sanctions Act for an additional 10 years.


Female bad-ass IDF officer fights off 23 terrorists during a surprise attack With plenty of help from Hamas, IS deepens its war against Egypt