With plenty of help from Hamas, IS deepens its war against Egypt 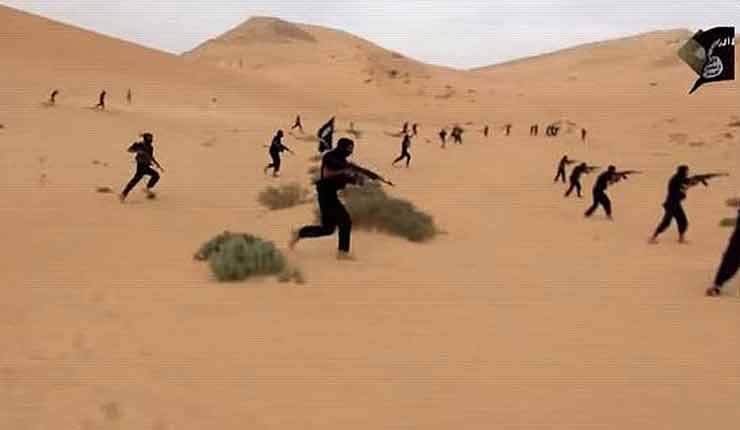 Gaza’s terrorist rulers are still providing Sinai Province group with weapons and medical aid, despite a supposed thaw in their relations with Cairo

Despite an apparent thaw in relations between Egypt and Gaza and the expected opening of the Rafah Border Crossing in the coming week, Hamas is still allowing the transfer of injured Islamic State fighters to the Gaza Strip, while also ignoring the smuggling of weapons to the Sinai Peninsula destined for the extremist organization’s local branch, according to Arab sources.

This cooperation is taking place despite the Islamic State’s claim of responsibility for last week’s major terrorist attack at a Coptic church in Cairo.

The smuggling is also being conducted while heavy fighting continues in the Sinai and elsewhere in Egypt between the Egyptian Army and Islamic State supporters. It has recently become clear to the Egyptians that one of the main smuggling tunnels being used by Islamic State is operating under the protection of Hamas and belongs to a smuggler who works with the Izz ad-Din al-Qassam Brigades, Hamas’s military wing.

The bombing at the church last Sunday was one of the worst terrorist attacks to take place in Cairo in the past year. At least 25 people were counted among the dead and almost 40 injured after an explosive device went office in the women’s section of the church. The Egyptian regime rushed to blame the Muslim Brotherhood, but Islamic State soon after claimed responsibility for the bombing.

The attack, it turns out, has not slowed down the pace of entry of injured fighters from the Islamic State’s Sinai Province to the Gaza Strip. Egypt knows at which hospital the injured are being treated (Khan Younis) and who the main point men for Hamas are. One of the few tunnels that the Egyptians have not succeeded in destroying, which belongs to a famous smuggler by the name of Mohammad Shaar, is the primary route by which injured IS fighters enter Gaza. Shaar, the Egyptians have learned, operates under the protection of Hamas and with its support acts as “contractor” for smuggling operations.

Hamas has also been allowing the transfer of a great deal of armaments to the Sinai, in particular anti-tank missiles and improvised roadside bombs. These roadside bombs are a major challenge to the Egyptian Army; every week they inflict heavy casualties. The Egyptians are using various advanced technological means in an effort to solve the problem but have not yet succeeded in completely overcoming it. Some of these roadside bombs come from Gaza; others are assembled in the Sinai. Explosives experts from Hamas’s military wing have arrived in the Sinai to assist with the assembly of the devices.

This past week, the IS-affiliated Sinai Province published a message claiming responsibility for firing a grad rocket towards Israel that fell in the Sinai. Islamic State also claimed that the Israeli Air Force targeted the organization on three different occasions in the Sinai Peninsula.

The Sinai Province had put out an unusual announcement a few days earlier, in which it reported the death of a former Hamas operative, Abed al-Hila Qishta, who had teamed up with Islamic State in Sinai the past two years. The terrorist organization did not release details of the circumstances in which Qishta was killed, or if there was any connection to Israel. A Palestinian worker inside a smuggling tunnel between Sinai and Rafah, April 3, 2013 (Wissam Nassar/Flash90)

Qishta was formerly a senior operative for Hamas’s military wing and was sent as an emissary for the group to Sinai. In his past work with Hamas, he had been responsible for the operation of anti-tank weapons and for placing assembled explosive devices. After announcing his severance of ties with Hamas he joined the Popular Resistance Committees — another Gaza-based terrorist organization. And in the past year has trained Islamic State fighters in Sinai in the use of advanced anti-tank weapons. Even though he officially broke off all ties with Hamas, he remained in close contact with the group’s commanders in the Gaza Strip.

Despite all the setbacks and challenges, many of them Hamas-inflicted, the Egyptian Army is racking up meaningful accomplishments in its war on Islamist terror in the Sinai, and the security situation has improved substantially in the Sinai Peninsula. The number of casualties is down compared to last year and the Islamic State’s Sinai Province has not been able to carry out any “spectacular operations.”