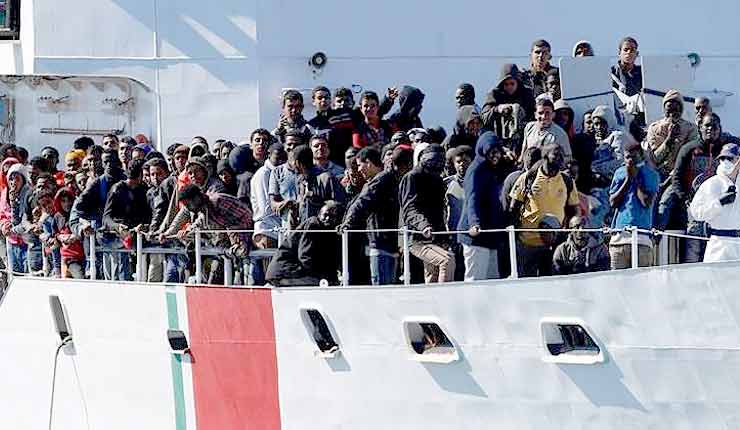 Il Giornale reports that a scandal is brewing after government officials told hospitals to discharge their existing patients so that hundreds of “refugees” arriving in Porto Torres could be sent for health check ups.

The advisory tells staff that they need to send patients home in the morning if possible and in the afternoon by the latest, and that doctors and nurses should prepare themselves for “a load of very heavy work”.

According to the report, “approximately 198 men, 126 women and 68 children” arrived at Porto Torres in one night alone.

Another report described the order as “a communication between madness and total ruthlessness”.

In 2014 and 2015, a staggering 320,000 migrants arrived on Italian shores. Boats are often sent to just off the coast of Libya to rescue huge numbers of “refugees”.

This is by no means the first instance of native Italians being moved aside to make way for migrants.

Last month, we reported on an 80-year-old hotel owner who was forced by police to house numerous migrants in his small guest house.

“Do you want to put them in my apartment too?” Fogli cries as his protest falls on deaf ears.

Similar cases are happening across the country, with DMF reporting, “In some places, as in the incident described above, the proprietors resist; in other cases they cooperate and defence is left to the local citizens.”

Later that month, Italy’s Minister of the Interior Angelino Alfano announced that the program would be accelerated and that citizens who resist the “requisition” of their private property to house migrants could be thrown in prison.