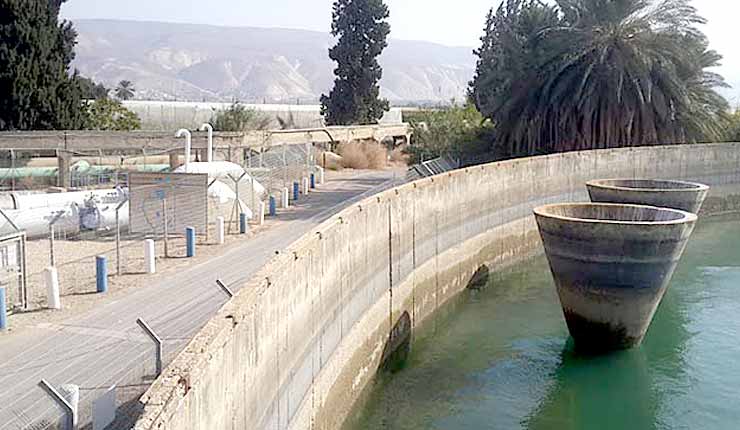 The new 5.5 km Kinneret-Beit Shean pipeline will supply water to Jordan in exchange for desalinated water from Aqaba

In one month, following Supreme Court approval and a 2010 agreement between Israel and Jordan, Mekorot National Water Company will be able to start laying a new pipeline through the Jordan Valley, intended to double water supply to the Kingdom of Jordan. In exchange, as stated in the peace accord between the states, Israel will receive water from the Jordanian desalination plant to be established in Aqaba.The new, 5.5 km Kinneret-Beit Shean pipeline will pass mainly through Jordan Valley agricultural areas and will provide the Hashemite kingdom with up to 100 million cubic meters of water per year, compared with 50 million cubic meters at present.

The laying of the new pipeline is of critical importance for Jordan. Due to the ongoing civil war in Syria, millions of refugees have flocked to Jordan, resulting in a real water crisis which has made the need to increase water supply more vital than ever.


[Video] European-funded NGO teaches Arabs to write anti-Israel propaganda on Wikipedia Iran: After Aleppo, we will intervene in Bahrain, Yemen