Iran: After Aleppo, we will intervene in Bahrain, Yemen 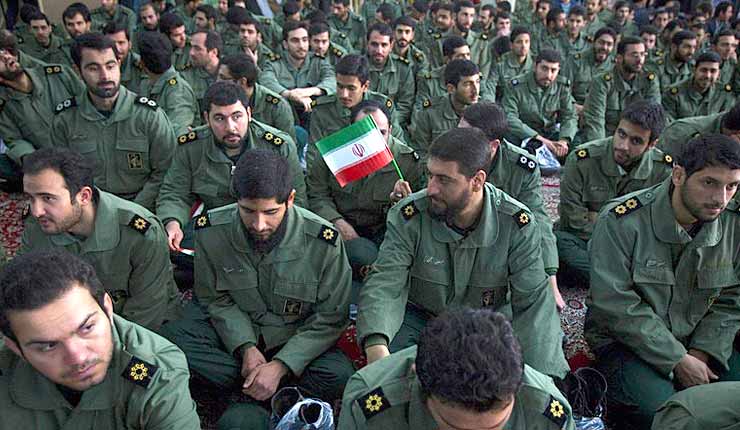 The leaders of Iran’s Revolutionary Guards launched provocative statements against the Gulf states threatening to intervene in Bahrain and Yemen.

The comments were reported by Iranian media after what they described as a “victory in Aleppo,” upon the massacres, starvation and displacement against civilians. Aleppo was considered as one of the strongholds of the opposition; however, the Syrian regime took a hold of it with the help and support of Iranian and Russian military troops.

In this context, the deputy commander of the Iranian Revolutionary Guard Gen. Hossein Salami told the official Iranian news agency Islamic Republic News Agency that “The victory in Aleppo will pave the way for liberating Bahrain,” pointing out that Iran has an expansion project that will extend to Bahrain, Yemen and Mosul after the fall of the Syrian city of Aleppo.

Salami said that “the people of Bahrain will achieve their wishes, the Yemeni people will be delighted, and the residents of Mosul will taste victory, these are all divine promises,” as he put it.

He also pointed out that Iran is still providing unlimited support for the Houthi group, highlighting that Iranian missile could destroy the enemy targets in any area.

Salami described the control of the Syrian regime forces on the Syrian city of Aleppo, which have claimed the lives of hundreds of civilians as “a conquest.”

The comments of the spokesman for the Iranian Revolutionary Guards Brigadier General Ramadan Sharif reveal the intentions of Tehran to expand geographically through bloody wars and military interventions in the Arab World.

Sharif noted that the Iranian forces and its sectarian militia from Iraq, Afghanistan, Pakistan and Hezbollah with the support of Russia played a “fateful and very influential role” in the battles of Aleppo.

It is noteworthy that Iran’s hostility against Bahrain and the Gulf states has escalated since the Prime Minister of Britain, Theresa May, vowed her country’s support for the Gulf States in the face of Iranian terrorism.

The Iranian Foreign Ministry summoned the British ambassador in Tehran in protest against Theresa May’s remarks during her speech on the 7th of December, at the Summit of Gulf Cooperation Council, where she declared: “We need to work together to address Iranian regional hostilities whether it is in Lebanon, Iraq, Yemen, Syria, or in the Gulf itself.”


Israel to double water supply to Jordan ‘We Are Losing Control of Our Streets’: Bavaria Minister Calls For Migrant Deportations After Cologne, Murders