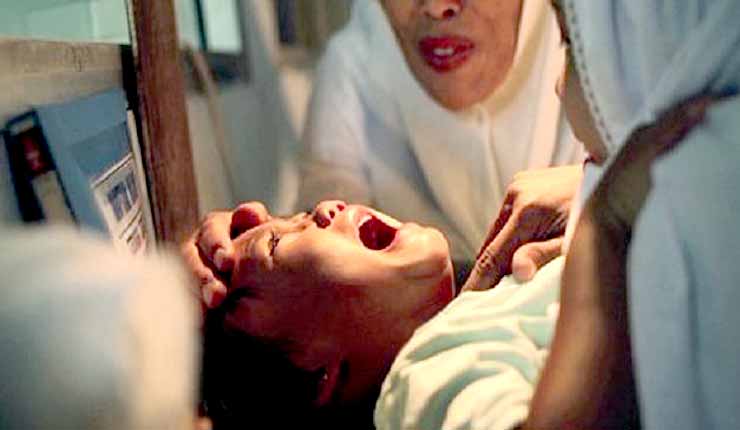 Around 8,000 girls in UK have been subjected to practice – usually carried out on girls before they are 15 – as families then throw a ‘celebration’

Female Genital Mutilation ( FGM ) “parties” are taking place across the UK, a charity has warned.

More and more girls in Britain are being subjected to the illegal practice as midwives are reportedly flown in from across Africa.

According to the Black Health Initiative in Leeds, nurses are coming to the UK to carry out the procedure on multiple girls.

Then, they claim, a “celebration” is thrown by the families.

The charity raised concerns after NHS figures show more than 8,000 girls in the UK have undergone FGM, reports the BBC .

Heather Nelson, Chief Executive of the Black Health Initiative, said: “We know of parties happening here in England, and in West Yorkshire we recently had to break one up, and we’ve stopped another from taking place.

“What we’re finding now is that where once girls were taken abroad to be cut, specialist midwives are now flown over and several girls are cut at the same time, which then leads to a celebration.”

FGM involves the partial or full removal of the external genitalia for non-medical reasons, according to the World Health Organisation (WHO).

It is an extremely painful procedure and can lead to long-term health issues including infertility.

Many females who have undergone FGM also have issues with urinating and sexual intercourse.

FGM is a practice mainly seen in Africa, the Middle East and Asia.

WHO reports that more than 200 million females alive today have suffered the procedure.

It is usually carried out between infancy and the age of 15 and is illegal in the UK.