Cities in Sweden Told to Prepare for War 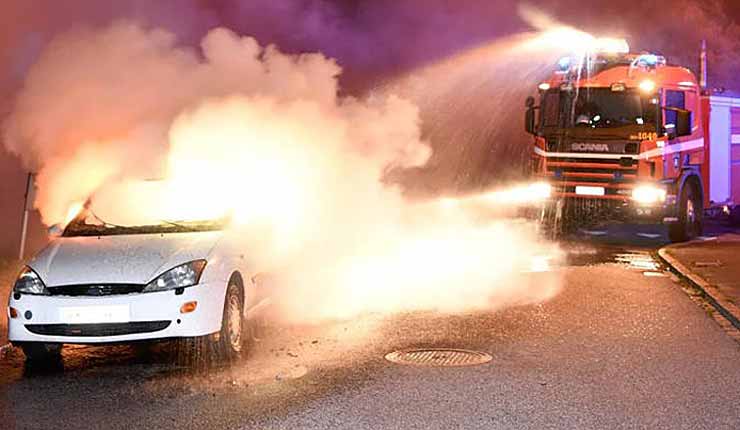 The Swedish Civil Contingencies Agency (MSB) has urged the country’s municipalities to prepare for war, another shocking indication of how mass immigration is threatening the stability of the European country.

“The agency sent official letters out to security heads in municipalities explaining that they must be better equipped to meet the threat of war and other crisis situations,” reports The Local.

The warning is part of the country’s plan to reintroduce a Cold War-era civil defense strategy. Sweden’s military is overstretched, with the government considering bringing back compulsory military service.

“No one suggests that a war is likely, but we have a government mandate to plan for it,” the MSB’s Svante Werger told Sydsvenskan.

Security officials were critical of the directive, complaining that they were unclear as to how to proceed.

“They better get to work on this, because MSB knows what’s coming, with previews every weekend for everyone to see, even though they won’t say it directly…yet,” comments Speisa.

That remark is in relation to the unprecedented number of cars that have been set on fire in major cities over recent months, as the country struggles to cope with a massive influx of Muslim migrants.

With rapes and other violent crimes continuing to soar, film makers who attempt to document the problems caused by Sweden’s Islamic no-go ghettos are routinely attacked. Filmmaker Ami Horowitz was viciously assaulted by a gang of Muslim men in Stockholm recently, at one point fearing for his life.

The situation is so dire that even some Somali immigrants are considering returning home, saying that areas of some Swedish cities are more dangerous than their notorious homeland.

As we previously reported, authorities in France are also gearing up for civil war in response to numerous terror attacks and riots that have rocked the country.

For a full breakdown of the “cultural enrichment” that mass immigration has brought to Sweden, watch the video below.