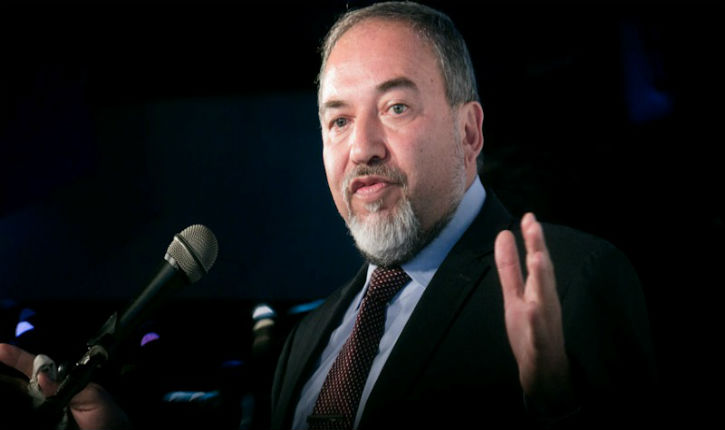 Liberman was referring to previous comments he made after a suspected Israeli strike on the Mezzeh airbase near Damascus.

“The State of Israel will make decisions freely regardless of other circumstance,” he said.

Liberman was referring to comments he made on Wednesday after a suspected Israeli strike on the Mezzeh airbase near Damascus.

Israel, which usually neither confirms nor denies alleged strikes, is “working primarily to protect the security of our citizens, defend our sovereignty, and to try to prevent the smuggling of sophisticated weapons, military equipment and weapons of mass destruction from Syria to Hezbollah,” he said.

According to a military source quoted by Syria’s SANA state media, “The Israeli enemy launched at 3 a.m. Wednesday a number of surface- to-surface missiles from inside the occupied territories to the west of Tall Abu al-Nada that landed in the surroundings of al-Mezzeh Airport west of Damascus.”

Syria agreed to dismantle its large chemical weapons stockpiles three years ago, in a Russian-brokered deal following the August 2013 sarin gas attack in the rebel-held Ghouta area outside Damascus, which saw an estimated 1,400 people die, including 400 children.

Over 1,290 metric tons of chemical weapons – including sarin, VX and sulfur mustard, a precursor to mustard gas – were removed from Syria by the international community.

Western intelligence agencies and Syrian opposition figures alleged that Unit 450 had been dispersing chemical weapons stockpiles around the country as well as to Hezbollah. In 2013, Fahad Masri, a spokesman for the Free Syrian Army said, “We, along with many other international sources, learned through documents and other evidence about the transfer of Syrian chemical weapons to Hezbollah in Lebanon.”

Israel is believed to have carried out several attacks targeting Hezbollah terrorists, weapons convoys and infrastructure in Syria since January 2013, preventing what Prime Minister Benjamin Netanyahu said would be “game-changing weaponry” falling into the hands of the Islamist group.


The Palestinian Jihads against Israel FRANCE’S NO GO ZONES: Women protest after being BANNED from streets by Muslim men