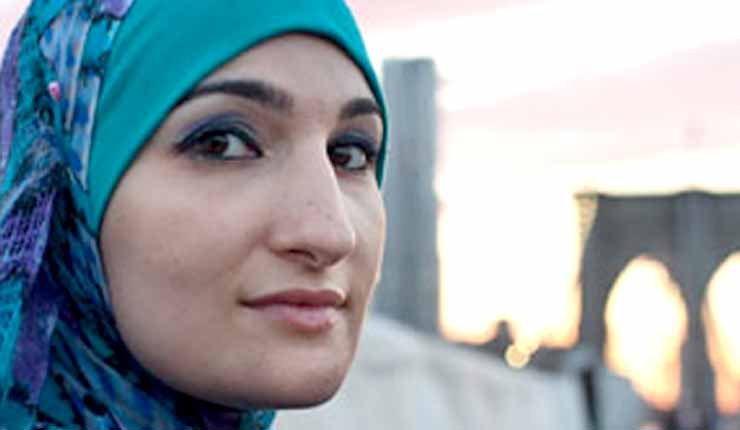 A Palestinian activist who decried “bitter people” on Twitter forgot her own words and failed to walk what she talked when – three days later – she delivered a hate-filled speech at the American Muslims for Palestine conference that took broad sideswipes at Jews.

Here’s the story, from the Investigative Project:

“Linda Sarsour took to Twitter Nov. 22 with a quick, venting post: ‘You know what I can’t stand? Bitter people. That’s all.’

“Sarsour, who describes herself as a ‘racial justice and civil rights activist,’ lashed out at Jews who extended a hand of friendship and solidarity over concerns that increasing hostility toward Muslims in America might lead to draconian government action. And she lashed out at fellow Muslims who accepted the gesture and joined in a new inter-faith dialogue.”

Again, from the Investigative Project, a clue to her angst:

“The Jews at issue support the state of Israel, support its existence and its vitality. Sarsour wants none of that.”

Got it. So bitterness, bad – except when it comes from outrage over Jewish people who support the state of Israel.

She said, the news outlet reported:

“‘We have limits to the type of friendships that we’re looking for right now,” Sarsour told the AMP conference, ‘and I want to be friends with those whom I know have been steadfast, courageous, have been standing up and protecting their own communities, those who have taken the risk to stand up and say – we are with the Palestinian people, we unequivocally support BDS [boycott, divestment and sanctioning Israel] when it comes to Palestinian human rights and have been attacked viciously by the very people who are telling you that they’re about to stand on the front line of the Muslim registry program. No thank you, sisters and brothers.’”

Sarsour’s remarks no doubt went over well with the other conference attendees.

“AMP claims its ‘sole purpose is to educate the American public and media about issues related to Palestine and its rich cultural and historical heritage.’ But in practice, the group has defended Hamas and its leaders admit they seek ‘to challenge the legitimacy of the State of Israel.’”

Sarsour isn’t just any voice in the wilderness. She was honored by the Obama administration as a “Champion of Change” and also served with Sen. Bernie Sanders on his failed presidential campaign.

Once again, from the Investigative Project:

“She acknowledges there’s a rift among Islamists about how hard a line to draw in the Israeli-Palestinian conflict, yet she was intent on pouring gasoline on the fire.

“The ‘cracks in our community’ are so wide, she said, they’re visible to ‘right-wing Zionists, Islamophobes, white supremacists.’

“‘They know where we’re divided. They know that we’re segregated,’ she said. ‘So they, we could easily be targeted when we’re a fragmented community. But if we were a strong, united, steadfast community that stood up for each other first and foremost, you’d better believe that no opposition would ever be trying to take us down, because we’d be too big, too strong and too united.’

“Some of her comments likely were directed at Anti-Defamation League chief Jonathan Greenblatt. Should a Trump administration create a registry for Muslims, an idea that does not seem to be on the table, Greenblatt recently pledged that ‘this proud Jew will register as Muslim.’”

“Sarsour not only rebuked the gesture, she cast Muslims who might respond more positively as sellouts of the Palestinian cause. Cooperation and solidarity gestures should only be reserved for those who share the depth of her hatred toward Israel, she said.”