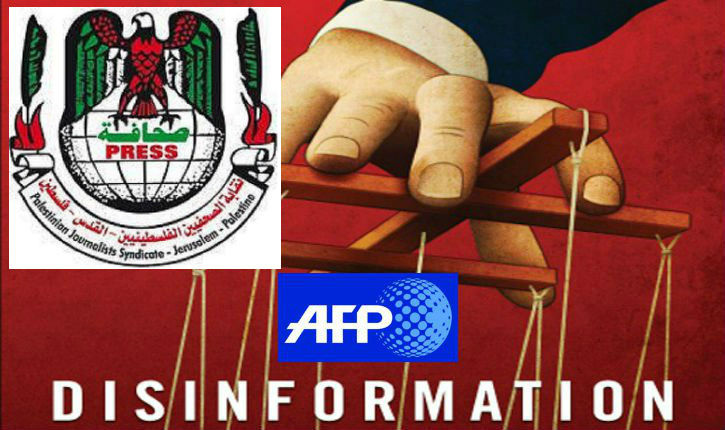 In a gross conflict of interest and egregious breach of journalistic ethics, Agence France-Presse (AFP) reporter Nasser Abu Baker, a resident of Judea and Samaria, recently campaigned for a seat on the Fatah Revolutionary Council.

The entity is one of two main governing bodies for the Palestinian Authority’s leading Fatah faction.

AFP‘s Abu Baker participated as a delegate in the Seventh Fatah Congress that concluded this past Sunday, reported the Committee for Accuracy in Middle East Reporting in America (CAMERA) in a statement this week.

“My decision to run in the election for the Revolutionary Council stems from my and my colleagues’ desire to awaken the Fatah media, which needs to be awakened so that it would be devoted primarily in favor of the national interest and redirect the compass toward our cause toward Jerusalem and the (right of) return,” Abu Baker told Palestinian Authority media last week.

Abu Baker is chairman of the Palestinian Journalists’ Syndicate, and also leads a campaign to boycott Israeli journalists, physically endangering their ability to report events in the Palestinian Authority territories.

For more than a decade, Abu Baker (also spelled Abu Bakr) has reported on Israeli-Palestinian Authority affairs for AFP while simultaneously holding senior positions for the Palestinian Journalists’ Syndicate, the leading force behind the boycott of Israeli journalists, CAMERA reported.

According to Palestinians48.Net, an Israeli-Arab site, the Palestinian Journalists’ Syndicate called on “all Palestinian officials not to deal or give interviews or statements to Israeli reporters, pointing out that it will follow up on the implementation of this decision, including taking positions against those who violate.”

While serving as deputy chairman of the Syndicate, Abu Baker threatened his fellow PA colleagues: “I call upon all male and female colleagues/journalists to boycott any Palestinian official, regardless of how senior he/she is, who conducts an interview with Israeli journalists and Israeli media. . . We will publish the name of any official who gives an interview to their media from this moment.”

AFP‘s longtime employment of a man who is not only an aggressive anti-Israel boycott advocate but also an aspiring Palestinian Authority politician raised serious concerns at CAMERA’s Israel office.

“The conflict of interest is clear and blatant,” said Tamar Sternthal, CAMERA’s Israel director, who first reported the story about Abu Baker. “By employing a man who aggressively silences Israeli journalists and perspectives, AFP news about Israel is compromised at best, deceptive at worst.”

“Abu Baker says he wants to awaken Fatah media to ‘favor’ what he thinks is the Palestinian ‘national interest’,” Sternthal said. “Is that what he’s doing for AFP as well?”


As a Muslim Woman, I Support Angela Merkel’s Ban on Niqabs in Germany Obama Administration Reportedly Wants Israel to Prosecute Kenyan Terror Suspect Held at Guantanamo, But FBI Not Cooperating