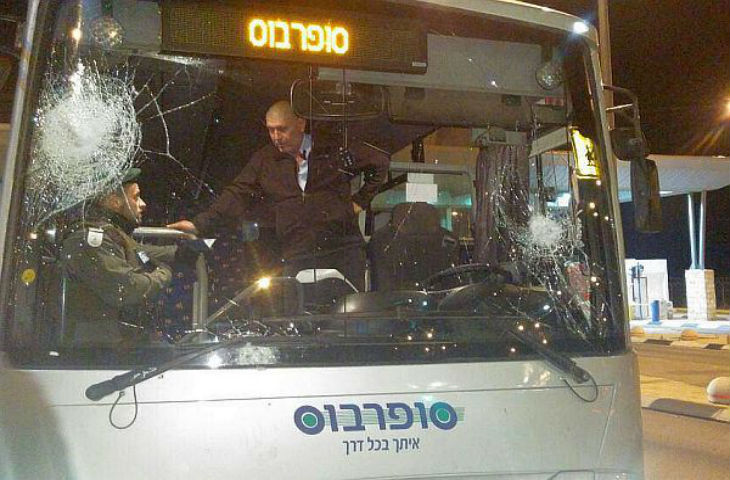 Terror attacks on roads around Jerusalem are targeting Israeli buses and security forces.

A skillful Israeli driver managed to weave his wave through a hail of rocks but was unable to avoid them all late Thursday night while driving on the southern outskirts of Jerusalem.

The SuperBus driver was traveling along the Husan bypass road not far from the Jewish community of Beitar Illit when his windshield was struck by multiple rocks and boulders, some quite large.

Needless to say, the windshield was smashed in several places, but miraculously the security glass held and did not shatter — nor did the bus driver’s nerves of steel fail either, as he maintained control while under attack.

The driver headed for the nearest security checkpoint and reported the attack.

About an hour earlier, a similar attack was reported north of the capital along Highway 60 between the Jewish community of Adam and the Arab town of Hizme.

Israeli security forces were deployed to the scene to track down the attackers.