High Anxiety Continues Over Obama in the UN Until January 20 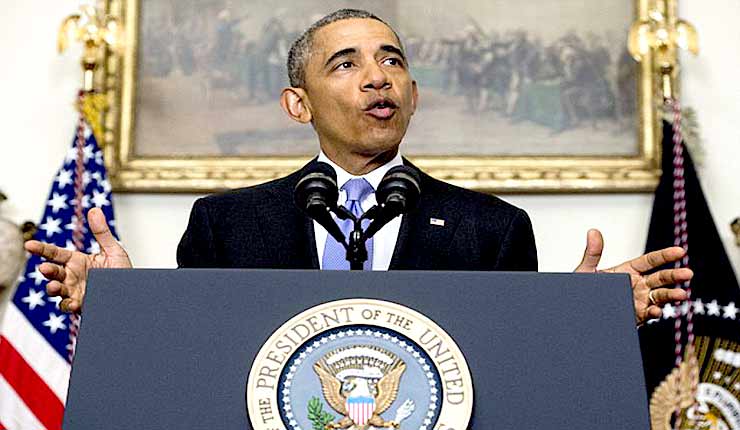 Anxiety continues to roil through the pro-Israel world over a possible last-minute political move by the Obama administration that could permanently alter the Israeli-Palestinian geo-political landscape.

Forty-eight hours after the November 8 election, I flew to South Florida for a series of lectures and briefings organized by StandWithUs, NOVA Southeast University and other organizations as part of the State Department’s International Education Week, this to analyze the prospects regarding relations with Israel in the last weeks of the Obama administration. Everywhere, audiences were on the edge of their seats asking whether President Obama would take extraordinary passive or active steps in the United Nations Security Council (UNSC) to recognize a Palestinian state or impose a peace settlement, including a territorial mandate following the lines of the 1948 truce. Unlike General Assembly resolutions, which are not binding, the UNSC generally creates lasting pillars of international law.

As we approach Noon, January 20, 2017, uncertainty continues to abound among even the most astute of political insiders.

President Barack Obama remains personally silent. Administration assurances in recent days proffer comfort to those hanging on every word to discern a course of action. But embedded ambiguities in each of those assurances only increases the speculation.

For example, in recent days, unnamed administration sources were quoted by the Associated Press suggesting that President Obama “has nearly ruled out any major last-ditch effort to put pressure on Israel over stalled peace negotiations with the Palestinians.” The phrase “nearly ruled out” shines brightly in that report to emphasize that no decision has been made.

A few days ago, America’s ambassador to Israel, Dan Shapiro, told Israel’s Army Radio that America “will always oppose one-sided initiatives,” adding that this position “is a long-term policy. Whenever there were one-sided initiatives, we opposed them in the past and we will always oppose them.” Skeptics note that “opposing” such a UN move is not the same as blocking it with a veto.

Those who know the administration best remain queasy that a sudden and unexpected move may play out in the UN Security Council in coming weeks. Obama has circumvented Congress on the Iran nuclear deal and many other issues where the President has explained he can unilaterally use his “phone and pen.” Among the un-reassured is House Foreign Relations Affairs Committee Chairman Ed Royce, R-Calif., who emphasizes Obama’s “unpredictability.”

Royce told an interviewer, “If you are heavily signaling that you’re not going to oppose and veto U.N. Security Council resolutions that seek to impose one-sided solutions, the consequence is others will take your measure, and the momentum will build, given the natural attitudes at the U.N.”

The most likely scenarios for Obama action in the UNSC are variations of the following three:

* First: unilateral recognition of a Palestinian state within specified or approximate borders following the 1948 armistice lines where no Palestinian state ever existed. In virtually all world forums, this would more juridically move the status of Israel’s administrative presence in Judea and Samaria from disputed to occupation.

* Second: abstain from vetoing a pending French resolution that would impose settlement lines and/or recognize a Palestinian state within 18 months absent agreement by the parties.

* Third: impose a territorial settlement within a two-year deadline if the parties do not craft one themselves.

Any of the three measures would subtract the need for negotiations and bring Israelis and Palestinians closer to an entrenched stalemate.

The suspense has been intensified by developments in recent days.

On November 28, 2016, former president Jimmy Carter authored a passionate op-ed in the New York Times titled “America Must Recognize Palestine.” Carter advised President Obama to exercise one final chance of “countering the one-state reality that Israel is imposing on itself and the Palestinian people.” Carter continued, “Recognition of Palestine and a new Security Council resolution are not radical new measures, but a natural outgrowth of America’s support for a two-state solution.” Carter warned, “The United States can still shape the future of the Israeli-Palestinian conflict before a change in presidents, but time is very short.” Carter has not been a lone voice but part of a chorus of Democratic voices urging such a move by Obama to thwart any Trump policy moves after January 20, 2017. Trump is expected to stand shoulder-to-shoulder with Israel, and Vice President-elect Mike Pence repeated that stance December 1 in Cincinnati just moments after Trump concluded his first “victory rally.”

That same day, December 1, President Obama once again signed a six-month extension of the presidential override preventing the implementation of the Congressional mandate moving the US Embassy from Tel Aviv to Jerusalem. President-elect Trump has promised to move the Embassy. Since each presidential override binds the American government for six months, the Trump Administration could not move the embassy until the end of May 2017. At the same time, the delay would constitute a heavily-weighted bargaining chip in the Trump administration’s expected pressure on the Palestinian Authority to achieve a final resolution with Israel.

Palestinian Authority President Mahmoud Abbas is fully aware of the dynamics, and as recently as a few days ago, confirmed that he continues to stay in close contact and coordination with the French government over its pending UN resolution. Abbas has repeatedly assured his people and the world that the UN would deliver independence in 2017. French Foreign Minister Jean-Marc Ayrault, speaking at a December 1, 2016 press conference in Paris alongside Irish Minister of Foreign Affairs Charlie Flanagan, reaffirmed that France was determined once more to convene an international peace

conference before the end of 2016. If that conference is unsuccessful, France could unilaterally recognize Palestine—within what territorial lines remains unclear.

Already, 88 American senators have written a pointed bipartisan letter to Obama warning him not to exercise a lame-duck effort at the UN. Likewise, after his electoral win, Trump’s Mideast advisor sent a private message to the White House warning against any such action in view of overwhelming popular and congressional sentiment against it.

Former Ambassador John Bolton, on behalf of the President-elect, was far more audible in an interview on November 20, 2016, when he publicly warned Obama against any UN action that imposes peace or recognizes a Palestinian state. On November 29, 2016, the House of Representatives passed a nonbinding bipartisan bill urging President Obama to continue blocking any UN resolution that would unilaterally impose a one-sided peace, including by a failure to veto such a resolution in the UN Security Council.

Most interesting is an examination of comments, made several days ago, by State Department Spokesman John Kirby that “our view hasn’t changed that we believe the preferred path for the Palestinians to achieve statehood is through direct negotiations.” Putting aside “the preferred path” and the policy to “oppose one-sided initiatives,” all it would take to allow a French measure to succeed in the UN Security Council is for the Obama administration to do nothing.

The world could still see a US abstention backed by all sorts of fortified rhetoric about “painful decisions” and “historic moments” that would nonetheless completely retreat from American policy and create an irreversible demarcation under international law.

If push comes to shove, some observers suggest that Israel may have an unforeseen ally in Russia. Russian President Vladimir Putin and Prime Minister Dmitry Medvedev are in regular communication with Israeli officials, including Prime Minister Benjamin Netanyahu. Putin, as many observe, would love to frustrate the Obama administration, as he has on Syria, and openly coordinate with the incoming Trump administration to fulfill an already-started effort to

oversee a peace conference between Palestinians and Israelis. For his part, Abbas met with Medvedev just last month in Jericho, and reportedly even named a street after him.

The most recent punctuation to the anxiety is a series of condemnations over Israeli settlement policy by Secretary of State John Kerry December 4 at the annual Saban Forum. Kerry would not rule out a UN veto unless the resolution “is a biased, unfair resolution calculated to delegitimize Israel.”

Until 11:59 a.m. on January 20, 2017, no one knows whether President Obama will add another notch to his legacy or allow the future destiny of Israel and Palestinians to be written by others, including the parties themselves.