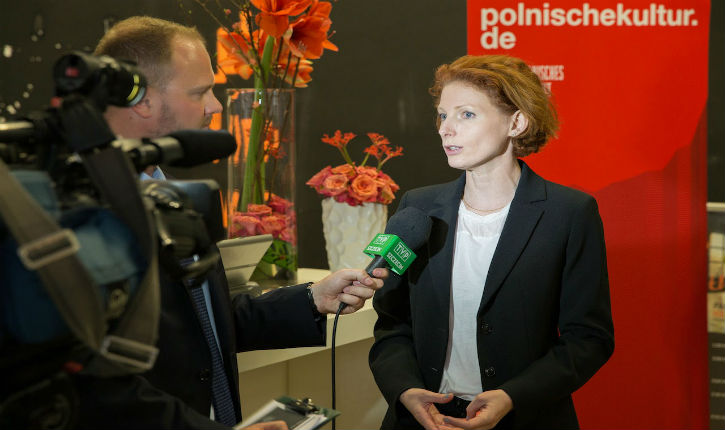 The cultural manager and director of the Polish culture institute in Berlin, Katarzyna Wielga-Skolimowska, was fired this past Tuesday from her position. According to the German left-leaning daily TAZ that broke the story, Poland’s right-wing PiS-led government called for her immediate departure due to her programming, which included “too much Jewish-themed content,” as Poland’s ambassador in Germany Andrzej Przyłębski had complained.

The institute’s spokesperson, Marcin Zastrożny, confirmed to TAZ this past Friday that Wielga-Skolimowska, whose contract should have continued until summer 2017, has been dismissed “effective immediately.”

Among other things, the Berlin institute screened the Academy-Award winning film Ida (2015), whose main protagonist finds out, in 1960s Poland, that she is Jewish, and that her biological parents had been murdered by their neighbors. However, Poland’s ambassador in Germany Przyłębski requested the screening of the propaganda film Smolensk instead.

No film theater in Berlin would agree to screen Smolensk. The movie claims that the 2010 crash of the Polish presidential plane, which killed all 95 passengers, including then president Lech Kaczyński, was not an accident but rather Russian terrorism.

This is not the first time that Warsaw interferes with cultural programming abroad. The Vienna branch of the Polish culture institute was not allowed to work with the Austrian author and journalist Martin Pollack, who had criticized the PiS party. According to the Polish paper Gazeta Wyborcza, 13 institute directors in different countries were fired this past summer. The director of the Madrid branch was criticized for not placing enough focus on the work of Polish composer Frédéric Chopin.