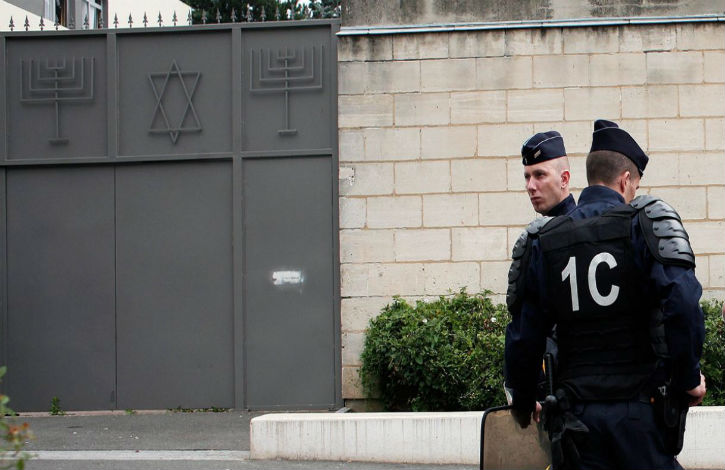 ‘Local thugs’ suspected of beating 30-year-old in Paris suburb of Creteil, home to one of France’s largest Jewish communities.

A Jewish man was beat up in a suburb south of Paris on Thursday by a group of men, at least one of whom shouted “Dirty Jew!”

“These local thugs hit the 30-year-old father from behind while he was returning home from work. They threw him on the ground and beat him. I don’t know how they identified him as Jewish since he wasn’t wearing any distinctive sign,” said Creteil’s Jewish community leader Albert Elharrar who has met with the victim and talked to police.

“The victim was brave enough to hit one of his aggressors back which allowed him to try to escape but they caught him,” said Elharrar.

Creteil is the home of one of France’s largest Jewish communities with about 22,000 people. They represent about 20 percent of the town’s workforce.

“The courthouse neighbourhood has been developed by Jewish businesses, including a big kosher supermarket in recent years, but it’s filled with petty criminals,” said Elharrar. “Police believe the same local thugs attacked a non-Jewish man the same day.”

Police are still investigating the assault, searching for suspects and trying to determine if the attack was anti-Semitic. The case was handed to the local judiciary police.

“So far, the victim has recognized one of his attackers,” says Elharrar. “Investigators gave him the pictures of 120 local criminals.”

Creteil’s Jewish community has been attacked twice in the past 3 years, including a targeted anti-Semitic robbery and rape in 2014. Several families have left the city since then. Most have immigrated to Israel.

“Many left in 2015, less in 2016. It’s not because of Creteil itself but the feeling of insecurity in France altogether. Overall, I think Creteil is safe. Attacks are very rare here and this is a place where many different communities live side by side.” Said the community leader.

Jewish leaders say anti-Semitism is still a major threat in France although the number of attacks has gone down by 61% in the first ten months of 2016. Last year anti-Semitism reached record levels with 808 assaults, including the terrorist attack on the HyperCasher supermarket where four men were killed.