Let’s Use Trump’s Tactics to Change Minds on Israel 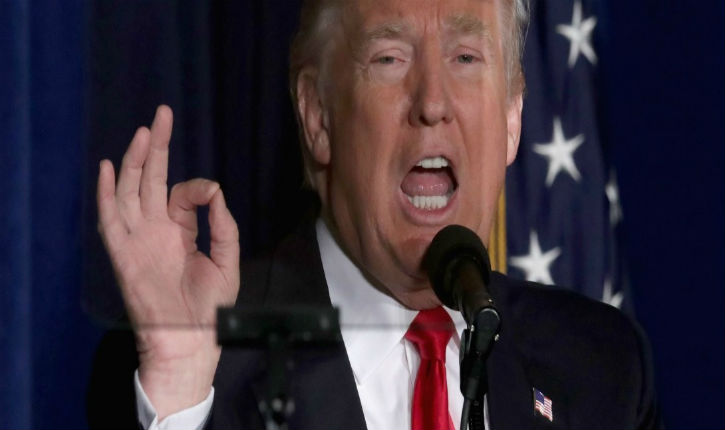 Zionism is a curse word in Europe for the Left and the far-Left. But what about the post-Trump alt-right, and its smaller sub-group — the alt-white?

Many in the alt-Right have negative views of the Jewish establishment in the US. Obviously there are some extreme elements (lets call them the alt-white), which hold reflexively Jew hating views. These are the classic far-Right and neo-Nazis who’ve been around forever.

With the exception of those alt-white unreachable and unreconcilable racist Jew haters, it is clear the vast majority of Trump’s voters are decent people, open to a reasonable presentation of Israel’s Jewish story. This comes through loud and clear, especially in surveys showing GOP widespread support for Israel. And we can, and should, use Trump’s own media tactics to educate them and the wider world about Israel.

Trump won the presidency of the United States despite attacks from the mainstream media. Hillary Clinton’s campaign delighted in presenting the comprehensive list of newspapers that had endorsed Donald Trump: it was a blank page. (And many of these had always supported Republican candidates).

It was the same on TV. To some degree, all the networks were openly pushing for Hillary.

Scott Adams, who accurately predicted Trump’s win a long time ago, attributed the win to Trump’s skills of “persuasion.” But in order to persuade people, they have to hear your views. Everything relies on getting your message out.

The media gatekeepers used to hold the power over getting a message out to millions of Americans. Today, they can be bypassed. Trump realized this, and chose a completely new path to the presidency.

Fame and the Internet made Trump unstoppable. No matter how much control Facebook, Twitter and Google think they have, once Trump had achieved the level of fame he had, they couldn’t resist spreading his message: it was too good for ratings.

Today, for the first time, all Americans can receive live video from any source. YouTube streams of everything Trump said were joined by Facebook live streams and Periscopes on Twitter. Old style 30 second commercials were seen by millions without having to pay for TV time. Trump’s personal access to Twitter allowed him to turn the tables on the media, and he often set the media agenda

Like Trump, Israel can also disintermediate the mainstream media — and many of Israel’s institutions are doing just that. The IDF Spokespersons Office, by starting its own blog and gaining a large following on social media, has done pioneering work. They no longer wait for the media to “interpret” and report; instead, they talk directly to a huge audience. The Prime Minister’s office is doing the same thing with frequent videos. The mainstream media can’t filter everything anymore.

Throw in the rise of alternative news sources, such as Breitbart, and pro-Israel voices are louder than ever. The regressive leftist elements of the Jewish establishment are doing all they can to slander Breitbart — despite the fact that it is pro-Israel.

The time is ripe for us to reach a wider audience with the truth about Israel. Zionism has returned Israel to Jewish stewardship — and that’s good for the whole world.