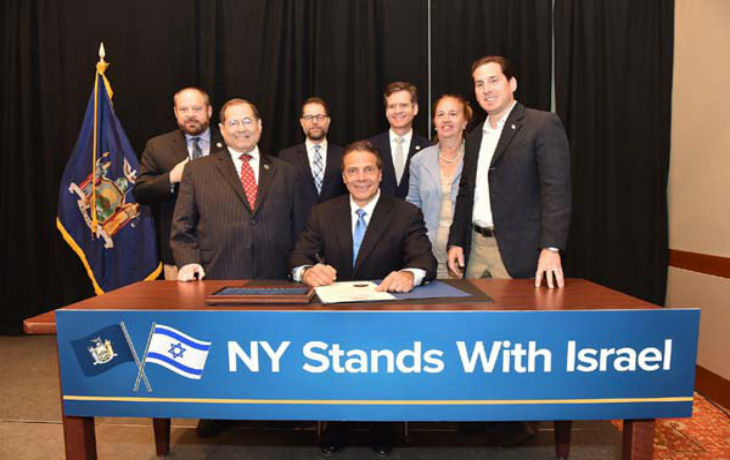 The State of New York has created a blacklist of a foreign companies supporting the boycott, divestment and sanctions movement against Israel, The NY Post reported Friday.

The governor presented his vehement anti-BDS position from a staunchly liberal perspective. “One of the great capacities of New York, is New York can lead by example and when New York does something, it’s a fair question for every elected official across the country, ‘Why don’t you do what New York did?’” he noted, continuing, “That was true historically when we led all sorts of reforms, the women’s movement, the environmental rights movement, human rights movement. It was true when we passed marriage equality a few years ago, and I signed that bill, and the next week they went to every elected official across the country and said, ‘Well, New York, Governor Cuomo signed the Marriage Equality bill, would you?’ They went to the Vice President and the President – the next week literally.”