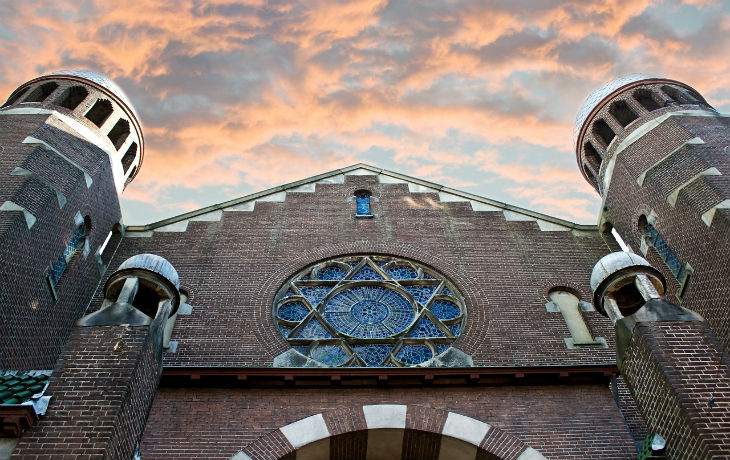 Amsterdam police and the counterterror unit uncovered a jihadist plot to attack a synagogue and arrested the wannabe terrorists.

The Jewish community of Netherlands is raising raised alarm bells in response to efforts by two right-wing Dutch lawmakers, Louis Bontes and Joram van Klaveren who are trying to reduce the strong security measures for Jews that have been in place to this point.

The two lawmakers last week criticized the Dutch Justice Ministry for measures that were taken over the previous year to protect the Jewish community from terrorist attacks, including a permanent police presence at some synagogues.

A Moroccan jihadist and his accomplices who planned to attack an Amsterdam synagogue was recently arrested by Dutch police, according to a report published in the Telegraaf Daily, thanks to surveillance carried out by the police counterterrorism unit. Much of the information about the jihadists and their plot that was used in the newspaper report was culled from a leaked police report obtained by the newspaper.

There has been permanent police protection in place at some of Amsterdam’s synagogues. However, the two lawmakers are leading a movement to replace those measures with less expensive — and less effective — video surveillance instead.

The terrorism ring uncovered last year was allegedly connected to the Arrayan Sunni mosque, also in Amsterdam, according to the police document obtained by the newspaper.

The attack was allegedly planned by the self-named “Abdelhakim” and at least two suspected accomplices, identified in a police document as “Izzy” and “Ibo,” and was part of a larger terrorist plot that was to take place on New Year’s Eve, 2015-2016, the Telegraafreported.

Abdelhakim, a man in his 40s was described as being of Moroccan descent with a goatee and receding hairline, driving a white Audi, and was known to be knowledgeable in the writings of Islam, according to the document.

The TCI counterterrorism division in the Dutch Police force reportedly kept the suspect and his accomplices under surveillance as the plan unfolded to strike the synagogue in the southern part of the Dutch capital last January.