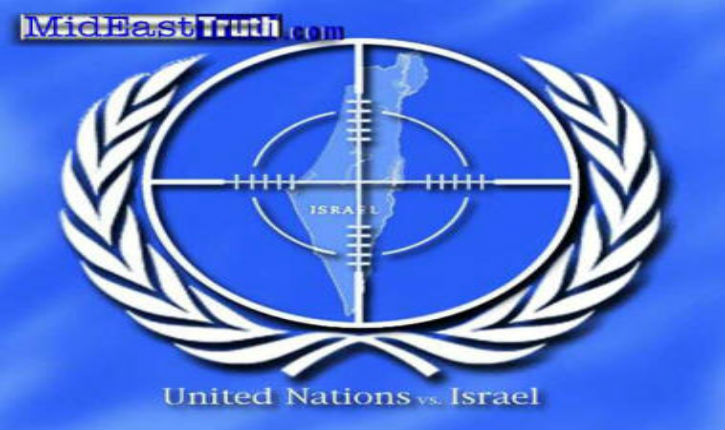 French Foreign Minister Jean-Marc Ayrault this week called the bloodshed in Syria, where Bashar al-Assad is butchering civilians, “a descent into Hell” and demanded an emergency meeting of the UN Security Council.

One of them even calls for putting more people under Assad’s thumb, demanding that Israel cede the Golan Heights to Syria.

Another echoes the UN Educational, Scientific and Cultural Organization’s attempt in October to deny any Jewish (or Christian) ties to Jerusalem’s Temple Mount — a holy site in Judaism for 2,000 years — by using only its Islamic name.

It was all part of the General Assembly’s “Palestine Day,” a yearly festival of Israel-bashing that only serves to highlight the United Nations’ ludicrous bias and mock its stated goal of promoting peace.

As the Syrian regime kills “its own people by the hundreds of thousands,” asks UN Watch’s Hillel Neuer, “how can the UN call for more human beings to be placed under Assad’s rule?” He called the timing “morally galling and logically absurd.”

Israel’s backers are bracing for worse mischief. The Palestinian leadership, for starters, plans to push a Security Council resolution “in the coming days” that condemns Israeli settlements.

Fears that President Obama might go along with such nonsense faded with Donald Trump’s victory on Election Day. Washington’s


Jerusalem : 6 Arabs Arrested for Incitement Via Social Networks How Algeria could destroy the EU