T.E.Lawrence wanted to see Jewish settlements – ‘bright spots in a desert’ – in the Holy Land 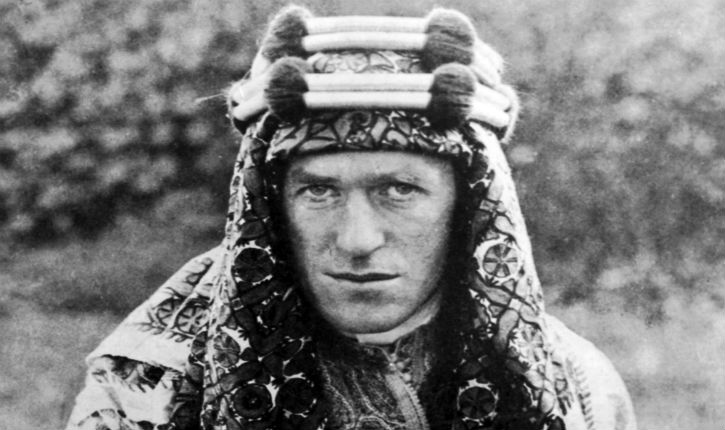 The Jewish Nation would not just be returning home, they would be returning the Holy Land – a wasteland for almost 2,000 years – to its glory days.

T.E. Lawrence, the British military officer whose famous liaison role in the Middle East in the First World War earned him the nickname “Lawrence of Arabia,” was one of the early Gentile visionaries to realize the importance the newly reborn Nation of Israel had to play in the region.

On November 28, 1918, a year after the Balfour Declaration, Lawrence wrote to the British newspaper “The Jewish Guardian,” cited in Martin Gilbert’s “Churchill and the Jews,” that “Speaking entirely as a non-Jew, I look on the Jews as the natural importers of Western leaven so necessary for countries of the Near East.”

Lawrence, who despite being born out of wedlock, had parents who were devout Christians – members of the St. Aldate’s Church, which preached an evangelical type of Christianity. He studied the Holy Land in Sunday school, starting him out on the path to a long love for the Middle East and its history – and later, helping determine its future.

An expert on Crusader castles already in university, Lawrence took his knowledge to the Middle East, working in archeology and a map surveying, learning the local languages and customs in the years just prior to the Great War breaking out.

Returning to in the region during the war, Lawrence made well-known his desire for the Arab population to gain independence, but he also made clear that Zionist dreams were meant to flourish as well.

“His relationship to the Zionist movement was a very positive one, in spite of the fact that he was strongly pro-Arab and he has been mistakenly represented as anti-Zionist,” wrote Zionist leader and Israel’s first president, Chaim Weizmann, in his autobiography “Trial and Error.”

Lawrence had interpreted a meeting between Weizmann and Prince Faisal, where Weizmann told the Arab emir that a future Jewish state would not encroach on the “ownership rights of Arab peasantry.”

Gilbert, Winston Churchill’s biographer, wrote that Lawrence’s presence at the Cairo Conference in 1921, which would decide on the future of the Middle East was of “inestimable benefit to [British Colonial Secretary Winston] Churchill in his desire to help establish a Jewish National Home in Palestine.”

But the real desire to see the Jewish People succeed may have gone back to his days of learning the about the Kingdom of Israel in Sunday school.

“It is a conscious effort, on the part of the least European people in Europe, to make head against the drift of the ages, and return once more to the Orient from which they came,” Lawrence wrote in a 1920 article called “The Great East.”

“The colonists will take back with them to the land which they occupied for some centuries before the Christian era samples of all the knowledge and technique of Europe.”

But the Jewish Nation would not just be returning home, they would be returning the Holy Land – a wasteland for almost 2,000 years – to its glory days.

“Palestine was a decent country then, and could so easily be made so again,” he wrote in a letter during his early years in the region, cited in “The Letters of T.E. Lawrence,” edited by David Garnett

“The sooner the Jews farm it all the better: Their colonies are bright spots in a desert.”