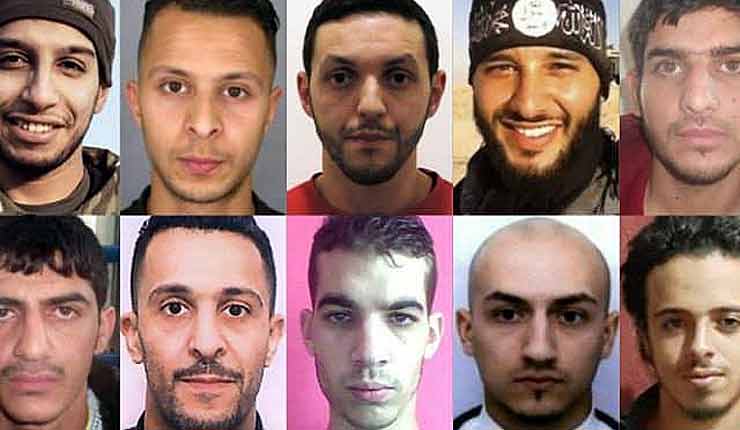 he majority of the Isil extremists who carried out the November 13 Paris attacks entered Europe while posing as migrants, Hungarian security officials have disclosed.

Seven of the attackers, who killed 130 people and left more than 360 others injured, slipped through Hungary’s borders while posing as migrants.

It is understood that ten extremists in total were closely involved in planning and carrying out the massacre.

A handful of them are also understood to have taken part in the Brussels attacks last March, which claimed 32 lives.

According to Hungary’s centre for counter-terrorism, the group of fanatics set up a “logistics hub” in the country in the summer of 2015 and began using the so-called Balkans route of eastern European countries to move fighters trained in Syria into Europe.

The disclosure comes amid a propaganda blitz in Hungary, which on Sunday began voting in a referendum on whether to accept the EU migrant quotas.

The country is expected to vote emphatically against the quotas, which would have seen them take in 1,924 asylum seekers.

Viktor Orban, Hungary’s far-right leader, has repeatedly laid the blame for the migrant crisis – and the terrorists who took advantage of it – at the feet of Angela Merkel and her controversial “open door” refugee policy.

Speaking to the Sunday Times, deputy counter-terror chief General Zsolt Bodnar said they made the discovery after a close examination of the suspect’s mobile phones.

He revealed that Abdelhamid Abaaoud, the Belgian-Moroccan terrorist who died after the Paris attacks, had sent scout to “map out” the migrant route in July 2015.

The scout, named as Bilal C, then used social media networks such as Facebook and Whatsapp to send reports back to Abaaoud and his co-plotters.

Many of the suspects were born in Europe and then travelled to join Isil in Syria after being radicalised.

Though their names were registered in counter-terorism databases across Europe, they appear to have taken advantage of the mass migration to make their way back from Syria.

Many of them posed as Syrian refugees, were carrying fake Syrian passports, and had been trained in covert communications, Gen. Bodnar said.

Salah Abdeslam, the Paris attacker who was arrested in Belgium and currently awaiting trial, is believed to have made four trips to Hungary in August and October 2015 in which he picked up other terrorists linked to both the Brussels and Paris attacks.