Mother who took her toddler son to Syria to fight for ISIS was given £132,000 taxpayers’ cash in legal aid 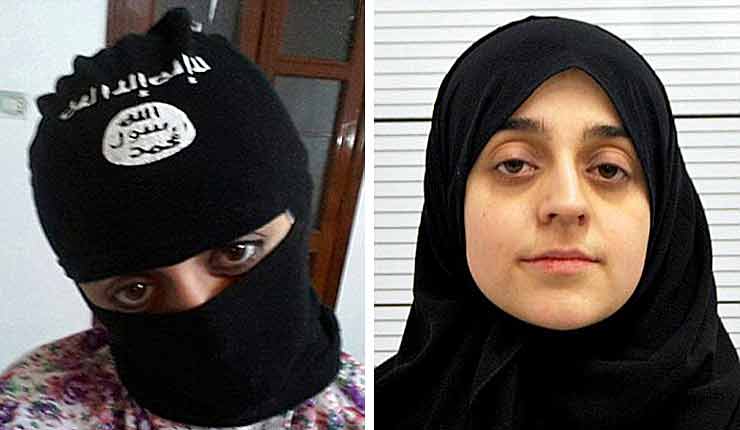 The first British woman convicted of joining Islamic State received £132,000 of taxpayers’ cash to help fight her case in court, it was revealed today.

Tareena Shakil, 26, fled to Syria two years ago with her toddler son to join the terror group before being arrested on her return at London Heathrow Airport.

The Morrisons supermarket worker used her £400 student loan to fund the trip with her child before crossing over the border from Turkey.

Guilty of joining ISIS: Tareena Shakil, 26, fled to Syria two years ago with her toddler son to join the terror group before being arrested on her return at London Heathrow Airport

She was later found guilty of joining ISIS and encouraging acts of terror following a trial at Birmingham Crown Court and was jailed for six years in February.

Now figures have revealed Shakil received £132,703 to pay for her solicitor and barrister through the taxpayer funded legal aid system.

Conservative MP Andrew Griffiths said taxpayers would be ‘upset’ at the costs.

He said: ‘People will understandably be upset at the cost of the legal defence team, but it is an important part of our justice system that defendants get access to legal representation.

‘There is nothing more important than keeping the nation safe from threats of terrorism.

‘Preventing young people from being radicalised and from going to places like Syria and then potentially returning to the UK after being filled with hate is something that we must guard against.

‘This only shows the importance of ensuring British born young people are not fundamentalised here in Britain and much more needs to be done to prevent that happening.’

The trial was told how Shakil bought plane tickets to Turkey flying out from East Midlands Airport – then crossed the border into Syria.

She travelled after ‘prominent IS member’ Fabio Pocas told her on Facebook she would go to Jehannam (hell) if she stayed in Britain, the land of the non-believers.

Once there she used social media to show her life in Syria, telling family members that it was part of her faith to kill the murtadeen (apostates) and that she wanted to die a martyr.

The former psychology student also messaged her husband telling him there was no future in their relationship but she would meet him again in ‘jannah (paradise)’.

She also sent pictures of herself posing with pistols and machine guns as well as images of her child standing next to the ISIS flag.

Sentencing her at the time, Mr Justice Inman said Shakil showed ‘no remorse’ for her actions.

He added: ‘Your Facebook profile clearly demonstrated your support for ISIS. You were well aware of the terrible violence inflicted by ISIS in various parts of the world.

‘You had researched and were well aware of what assistance women could provide for ISIS. Your role would not be to fight, it would be to be a wife and mother – to produce the next generation of fighters.’