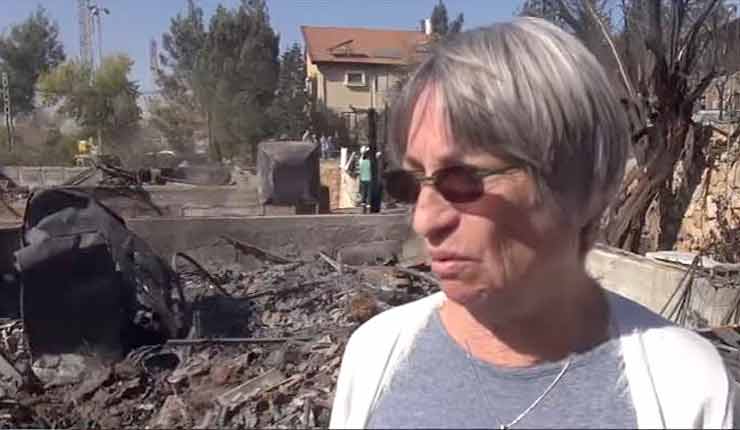 “For years they have pursued us. It started in Europe, continued in Tel Aviv and now it is here. But we will continue to live and to build,” she stated defiantly.

Abigail Ben Nun, 78, who fled Belgium before World War II returned to her home in Halamish to discover that it had been incinerated by a fire investigators say was started by arsonists; ‘My goodness. All my money and successes, my pictures and notes from my mother—everything has gone. But at least we are alive.’

The home of Holocaust survivor, Abigail Ben Nun, 78, was completely burnt to the ground on the sixth and final night of the fires which engulfed the settlement of Halamish, also known as Neveh Tzuf.

Returning home on Sunday morning, she discovered, to her horror, that in place of her home lay blackened and smouldering items, household appliances and memories recognizable only by dint of their now-mangled shape: the burnt structures of a fridge, an oven and a traditional baby carriage lay sprawled on the earth.

“I didn’t expect to see anything here because they told me everything had burnt, but a home that has stood for 35 years and is destroyed in a single moment is difficult to describe. The rehabilitation could take a long time.” Abigail lamented. “I had pictures here and letters which were many many years old which I kept. Now everything is gone.

“My goodness. All my money and successes, my pictures and notes from my mother—everything has gone.”

Hardened by her flight from Belgium to France just prior to the outbreak of the Second World War however, Abigail was still able to see the light in the black ash that now surrounded her. “We need to remember that we are still alive and everyone is healthy and in one piece. That is the most important thing,” she said.

Drawing on her past experiences of survival, she added: “In every place they chased us. Both in the Holocaust and even here. But we are strong and we will get through this,” she said as she scanned the the content of her home that had been consumed to ash.

“For years they have pursued us. It started in Europe, continued in Tel Aviv and now it is here. But we will continue to live and to build,” she stated defiantly.

At the entrance of where her home stood however remains, surprisingly, a lemon tree and a number of other fruit trees which managed to survive the fire’s wrath.

For Abigail, there is no question that the arsonists responsible for the fires were intent on murder. 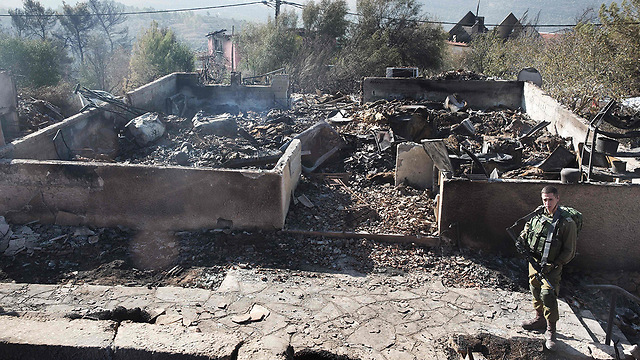 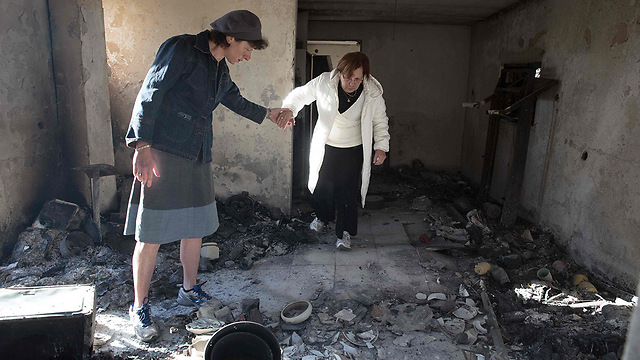 “These terrorists clearly tried to harm us. It isn’t a fire which erupted but rather terror that needs to be struck with a heavy hand,” she insisted. 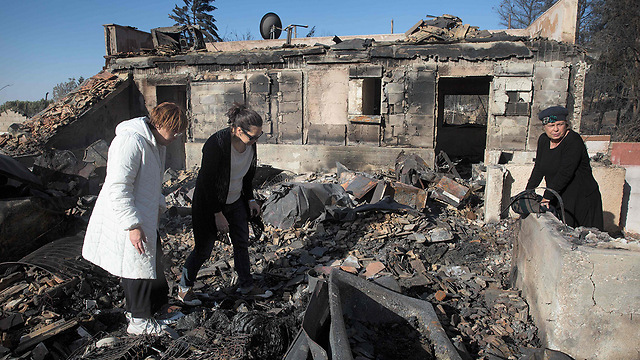 Abigail’s assessment however, is not mere conjecture. Indeed, earlier on Sunday a special investigation unit discovered two points in the settlement where evidence shows that the fire was deliberately started.

Also earlier in the day, Education Minister Naftali Bennett (Bayit Yehudi) blamed terrorists for the wave of fires which scorched a number of towns and cities in Israel over the past few days, causing untold damage.

“We are seeing a wave of nationalistic terror here. ‘Fire terrorists’ tried to kill an entire town and its residents,” Bennett said during a visit to Halamish. “The aim was to burn and kill in an Israeli town.”


Mother who took her toddler son to Syria to fight for ISIS was given £132,000 taxpayers' cash in legal aid Transforming a Complicated Past to A Promising Future: Why Christians and Jews Must Come Together to Battle Surging Anti-Semitism