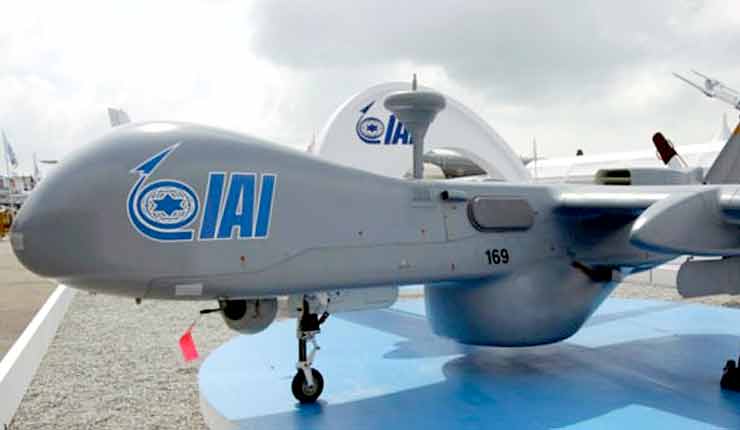 The deal was said to have been inked during Israeli President Reuven Rivlin’s recent six-day visit to India.

An Indian Air Force official quoted in the report said a pair of EL/W-2090 AEW&C systems — with a combined value of $1 billion — would be delivered to India within two to three years.

Furthermore, according to the report, the Indian military is set to receive ten armed Heron TP UAVs — worth a total of $400 million — within three years.

Next year will mark the 25th anniversary of the 1992 establishment of full diplomatic relations between Israel and India. The two countries currently enjoy a burgeoning relationship, particularly in the defense field.

As reported by The Algemeiner in August, the Indian military plans to equip itself with an Israeli radar system that will enable Indian troops to detect terrorists hiding in dense forests. India intends to use the system along its disputed border with Pakistan in the Kashmir region.

Economic data shows that bilateral trade between Israel and India currently stands at around $5 billion annually — up from around $200 million a quarter of a century ago.


Don't be fooled, the burkini has nothing to do with Islam or faith [Video] Israel : A muslim lady stands with Israel at the Western Wall