The myth of Israel’s demographic doomsday 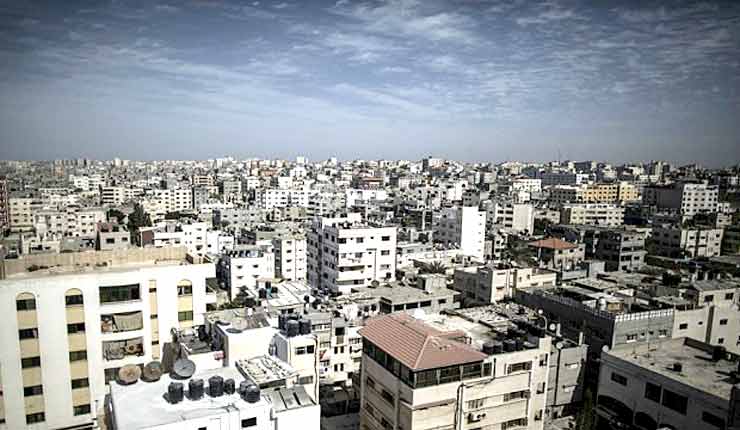 Critics of Israel love to exploit Jewish fears and anxieties. The most extreme resort to Holocaust inversion, boycotts, blacklists, and other singling-out methods reminiscent of Europe’s anti-Semitic past. Secretary of State John Kerry likes to wave around the threat of Israel’s demographic extinction.

Acute Israeli sensitivity on this matter came to the fore in the late 1960s, when Israeli rule over the newly won Gaza Strip and West Bank was thought by many to be untenable owing to much-higher Palestinian birth rates. If Israel chose to annex the territories, it would be obliged either to disenfranchise their Palestinian inhabitants, making Israel undemocratic, or extend the vote and watch Israel’s Jewish majority turn into a minority. For Israel to remain both a democratic and a Jewish state, according to the conventional wisdom, it would have to give the territories up. “The womb of the Arab woman,” the late Palestinian leader Yasser Arafat famously said, was his “best weapon.”

Fast-forward five decades. According to the Palestinian Central Bureau of Statistics (PCBS), the number of (non-Jewish) Arabs living in the West Bank, Gaza and East Jerusalem (4.62 million) and in Israel (1.68 million) for the first time matches the number of Jews (6.3 million). Taking into account still-higher Palestinian birthrates, as neatly graphed out in a September 2016 full-page New York Times advertisement by a pro-Palestinian group, the Jewish population in the expanse of territory “from the Mediterranean Sea to the Jordan River” is projected to decline to 44 percent in 2030.

In his drive to wrest Israeli concessions he believes will break the Israeli-Palestinian diplomatic logjam, Secretary Kerry has repeatedly warned of a demographic doomsday for Israel. “How does Israel possibly maintain its character as a Jewish and democratic state when from the river to the sea, there would not even be a Jewish majority?” he warned last December. Time is “running out” for Israel, Kerry maintains, insinuating that Arabs will be even less likely to accept a Jewish state as part of the former Palestine mandate once they become an overall majority, instead returning to their demand for a “one-state” solution. Israel then winds up “either being an apartheid state with second-class citizens — or … a state that destroys the capacity of Israel to be a Jewish state.”

But time is not running out, at least not for Israel. There are three big problems with the demographic doomsday argument.

For starters, the central underlying premise of this argument — that the combined ratio of Jews to non-Jews in Israel, the West Bank and Gaza matters — is laughably obsolete. There’s no more reason to include Gaza in the equation than to include Lebanon or Jordan: the Israeli occupation there ended a decade ago, and its 1.6 million residents are pretty much free to determine their own future but for the brutal rule of their own homegrown Islamist regime. Indeed, most Palestinians in the West Bank also live in self-rule areas that Israel has effectively vacated and does not wish to govern.

The real question, then, isn’t what happens if Israel were to suddenly annex all territories where Palestinians live en masse, but what happens if it holds on only to territories that most Israelis want and can be easily defended? Jews currently make up roughly 80 percent of Israeli citizens, and there’s no reason to believe this figure will be appreciably affected by implementation of a final status agreement.

The second problem with Kerry’s alarmism is that the oft-cited official PCBS estimates and projections of Arab population growth have been deliberately inflated to boost the PA’s negotiating stance and qualify for more foreign aid. Yoram Ettinger, a former Israeli consul, found that PA numbers are inflated by, among other things, counting roughly 400,000 Palestinians who have lived abroad for a year or more — a large portion of whom won’t be coming back if they can help it — including some 100,000 babies born abroad (ditto).

Third, Kerry seems blithely unaware that the birth rate of Israeli Jews, which reached a low of 2.6 in the 1990s, has been rising steadily in recent years, to 3.1 in 2015 — the same as that of Israeli Arabs — even as Palestinian birth rates have steadily declined, to 3.7. With the highest birth rate in the developed world and substantial Jewish immigration adding to their ranks every year, Israeli Jews are not at risk of becoming a minority in the foreseeable future.

Unfortunately for Secretary Kerry, most Israelis are well aware that time is not running out on Israel’s future as a democratic Jewish state. A democratic Jewish state is very much in existence and running strong. For all of the loud condemnations of Israel on Western college campuses, Israel’s diplomatic relations are stronger than ever before, even in the Arab world, and its international trade is massively expanding. It’s kind of hard to rain on that parade. Most Israelis couldn’t care less if Gazans or West Bankers choose to have slightly bigger families than the inhabitants of Tel Aviv.

When John Kerry declares again and again that Israel is “out of time,” what he’s really doing is communicating to Palestinians that the much dreaded Jewish state next door will cease to exist if they simply continue their refusal to compromise.

If the next secretary of State wants to bring about peace between Israelis and Palestinians, he should try appealing to their hopes, not their fears.

Source: The Hill Gregg Roman is director of the Philadelphia-based Middle East Forum.