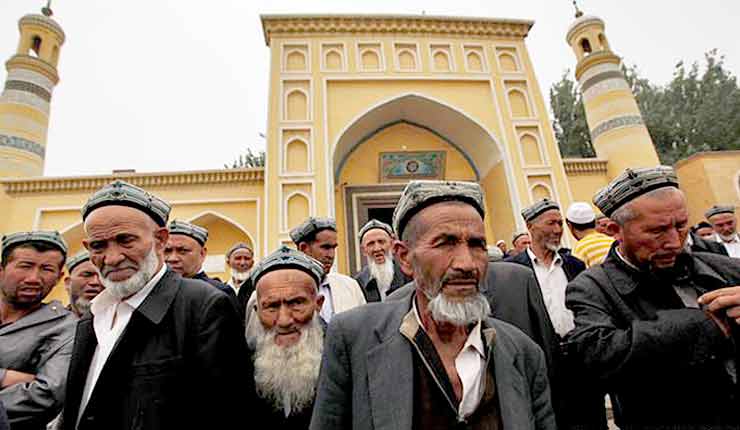 All residents in China’s largely Muslim region of Xinjiang must hand in their passports to local police stations for “examination and management”, according to Global Times, a state-funded newspaper .

“Anyone who needs the passport must apply to the police station,” an anonymous police officer in Aksu prefecture told the paper on Thursday, adding that the policy had been implemented throughout Xinjiang.

The Global Times article followed numerous reports of tightened passport controls in cities across the region.

While the order covers everyone living in the area, many members of Xinjiang’s more than 10 million-strong Muslim Uighur minority complain of discrimination – including denials of passport applications – as well as controls on their culture and religion.

In mid-October, the public security bureau of Shihezi city posted a directive on a verified social media account asking residents to hand in their passports to police.

The order stated: “Those who refuse to hand them in will bear the responsibility themselves should there be consequences such as being forbidden to go abroad.”

Photos of other notices posted on social media showed police stations in various counties and in the regional capital Urumqi requesting citizens hand in passports or stating that new documents would no longer be issued.

“I didn’t spend time and money getting a passport to become the focus of the government’s safeguarding or to ask for their instructions every time I go out on holiday,” said one incensed user from the border district of Tacheng, on the Twitter-like Sina Weibo platform.

“If citizens cannot enjoy even basic rights, how can we live? Would the government please give me a sensible reason for this?”

A second said: “Xinjiang is becoming stranger and stranger, regressing as time goes on.”

In June, local state-run media reported that the mostly Kazakh residents of a Xinjiang border district had to give police DNA samples, fingerprints, voiceprints and a “three-dimensional image” in order to apply for certain travel documents, including passports.

A Xinjiang official told the Global Times that the new tightening of policy was intended to maintain social order in the region.

Beijing regularly accuses what it says are exiled separatist groups, such as the East Turkestan Islamic Movement, of being behind attacks in Xinjiang, which has seen a wave of violent unrest.

But many independent experts doubt the strength of overseas Uighur groups and their links to violent attacks, with some saying China exaggerates the threat to justify tough security measures in the resource-rich region.

One thought on “China: Xinjiang residents told to turn in passports”