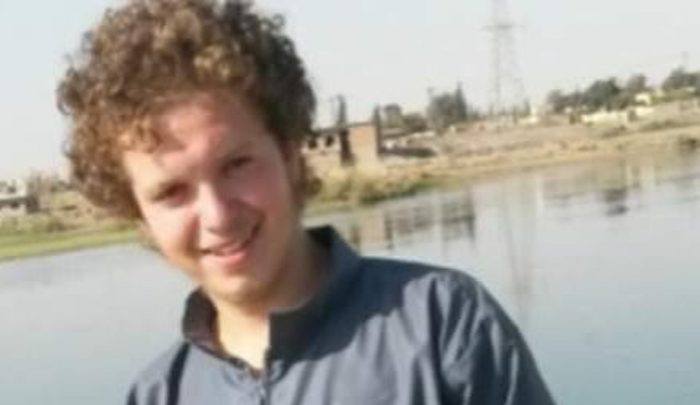 The “Trojan Horse” school scandal was the transformation of state schools in Britain into de facto Islamic schools. Rasheed Benyahia’s mother was governor of a group of schools at the center of the scandal. She now claims that “the case might have been used by extremists to turn him against Britain.”

Even among a group known for its victimhood posturing, this really takes the cake. Because British officials stepped in to stop the Islamization of taxpayer-funded schools that were supposed to be secular, young assimilated and moderate Rasheed became so enraged that he decided to wage violent jihad as part of a group that had declared war against his native country?

Does even Nicola Benyahia herself believe this nonsense?

Note, however, her description of how her son was “radicalized”: by appeals to his Islamic faith and loyalty. An odd approach for a group that, as we’re constantly told, has nothing to do with Islam!

A former governor of a group of schools at the centre of the so-called “Trojan Horse” affair has spoken of how her 19-year-old son was radicalised by Islamic extremists and eventually died fighting with Isil in Syria.

Nicola Benyahia was among a group of board members from the Park View Educational Trust in Birmingham who stood down in July 2014 at the height of the uproar into allegations that hard-line Muslim groups had attempted to infiltrate schools in the city.

An official review by the former Scotland Yard counter-terrorism chief Peter Clarke concluded there was “disturbing” evidence of attempts to take control of schools to spread an ultra-conservative brand of Islam, leaving children “vulnerable” to radicalisation.

Mrs Benyahia, 46, a British convert to Islam, has recently set up a support group to reverse the process of radicalisation, working with experts to identify “triggers” in vulnerable young people.

But she believes that the Trojan Horse affair could have been used as one of the triggers to the radicalisation of her son, Rasheed.

The teenager, an enthusiast for the acrobatic craze free-running, disappeared in May last year and travelled to the so-called Islamic State where he was killed six months later in a Coalition drone strike.

In an extensive interview with the BBC she offers a rare glimpse into the experiences of families of those who have travelled to join Jihadist networks, Mrs Benyahia describes how the teenager gradually changed during the course of 2014.

Mrs Benyahia, a care manager and counsellor, details how, with hindsight, changes in her son’s mood and outlook chart a process similar to grooming by a group of people she believes he met after joining late night Islamic study circles in the city.

She singles out two elements in their family life at the time which she believes may have made him more vulnerable to extremists: a rocky patch in his parents’ marriage and her own experience in being caught up in the Trojan Horse affair.

She said that despite concerns about what was happening she had hoped to stick it out as a governor because she wanted a progressive Muslim female voice to be heard on the board.

But she fears the case might have been used by extremists to turn him against Britain.

“I could see a great man that he was going to become and it was just taken away in the last year of his life,” she said.

“They just ruined him.

“They lured him into something he knew little about.

“He didn’t have any understanding or comprehension about what he was walking into.

“That would have got to him more than anything.”…


Arabs in Israel are playing with fire: 'Half of fires caused by repeated arson' Swedish Editor Apologizes for Anti-Semitic Cartoon