Arabs in Israel are playing with fire: ‘Half of fires caused by repeated arson’ 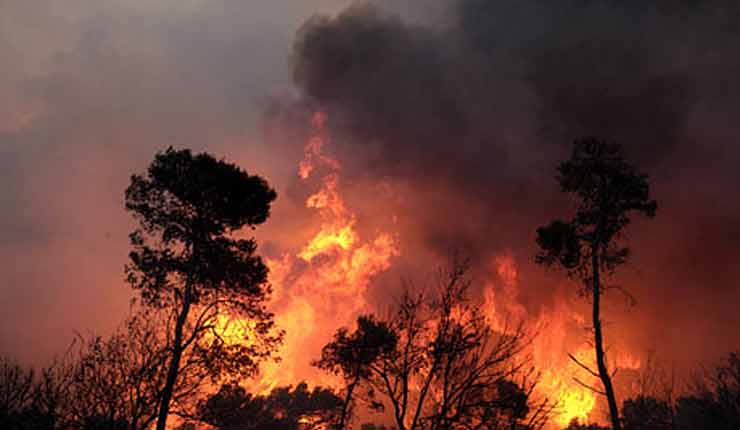 UPDATE: Here is a map of the fires now raging in Israel: 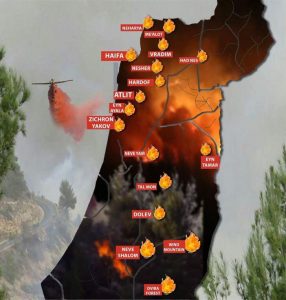 [Over 200 hundred fires have started in the last 4 days. The weather is cold and cloudy and large fires have simultaneously begin in several areas. It does not take a rocket science to figure out who is behind this and why. Arabs who live among us are literally, playing with fire. -ed ]

The fires that have burned across Israel since Tuesday continue, with new areas threatened as others have come under control. Fifty percent of these fires were caused by repeated arson, Gilad Erdan, Minister of Public Security, Strategic Affairs and Minister of Information told Army Radio Thursday morning. Sections of road 443 near Shilat junction were closed to traffic Thursday morning due to the fire raging near Neve Ilan. The road was reopened shortly thereafter.

On Wednesday evening, Greece, Croatia and Russia announced they were sending fire-fighting aircraft to help Israel fight the large brush fires in the central and northern regions, the Prime Minister’s Office announced.

Police spokesman Micky Rosenfeld said Wednesday’s fire in Nataf started shortly after 9 a.m., adding that four suspects who may have started the conflagration are being questioned, and will appear before the Jerusalem court Thursday morning.

“The fire quickly spread from a road where construction was being done, and police and fire crews immediately responded,” said Rosenfeld. “Over 200 people were evacuated from the area, where approximately six houses went up in flames. Thankfully, there were no injuries.”

Asked if there appeared to be a connection between the blazes, Rosenfeld said multiple investigations have been opened to determine if they were triggered by weather conditions or foul play.

One thought on “Arabs in Israel are playing with fire: ‘Half of fires caused by repeated arson’”