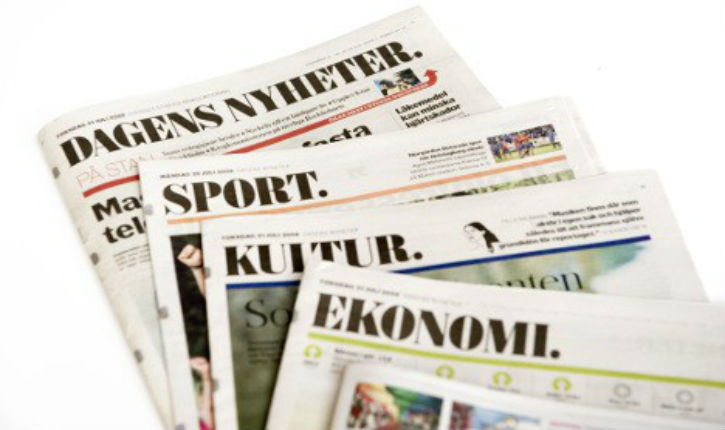 The Local
picks up on a spat in which the editor in chief of one of Sweden’s most widely read papers apologized for his paper publishing a nasty cartoon heavily criticized as anti-Semitic.

When Swedish writer Weidmo Uvell demanded an explanation, the DN tweeted back, “Netanyahu has celebrated Trump’s victory despite Trump’s rhetoric and the enthusiastic support he has received in the USA from the white power movement”.

Israeli Ambassador Isaac Bachman denounced the cartoon, and later in the day, the DN’s editor in chief, Peter Wolodarsky tweeted an apology. The cartoon was apparently removed from Bard’s page at the DN.

The Swedish writer Rebecca Weidmo Uvell find it too antisemitic.