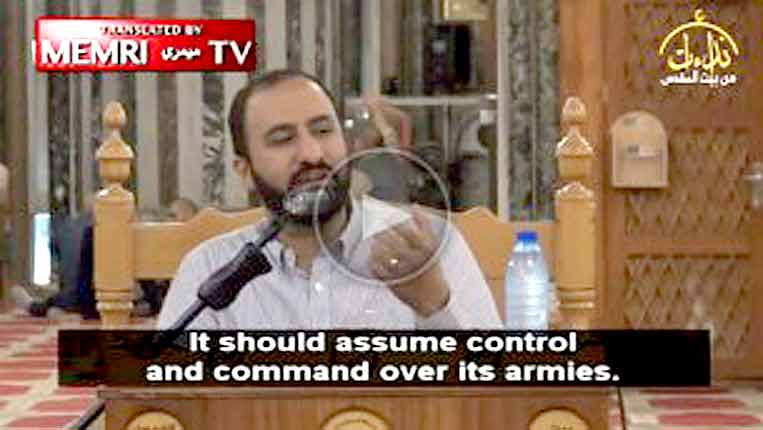 [The issue here is not if this is a credible threat or not. As an Israel, I will not lose any sleep over this. But it IS revealing. The connection between “Palestine” and “Pakistan” is a very interesting one.

Just as there are many similarities between the Indian and Israeli people, their history, both far and near, their cultures – so with Pakistan and Palestine. – ed]

In a video posted online last week, a Palestinian Muslim cleric urges the overthrow of Muslim states and the use of Pakistani nuclear weapons to “eliminate the state of the Jews in one or two strikes.”

“The Muslims’ reaction to Trump’s victory was: ‘Hopefully, he will destroy (the US) and sit on its ruins. May he engage in nuclear wars, from which (the Muslims) will emerge intact.’ This is not how things go,” he warns.

“What is supposed to happen is that the nation of Islam will rise, and take its matters into its own hands. It should assume control and command over its armies. It should get rid of the governments, kings, sultans, sheikhs, and emirs. It should toss them into the garbage bin of history. It does not matter whether we hang them on the gallows or not. What matters is that we should kick them out and move forward.”


Swedish Editor Apologizes for Anti-Semitic Cartoon Dalai Lama: "I have no worries" about Trump's election