Dalai Lama: “I have no worries” about Trump’s election 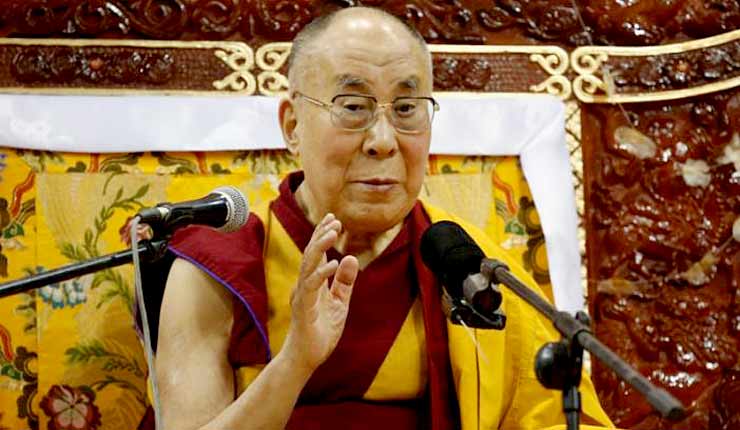 ULAANBAATAR, Mongolia (AP) — Exiled Tibetan spiritual leader the Dalai Lama said Wednesday he has “no worries” about Donald Trump’s election as U.S. president, adding that he expects the businessman will align his future policies with global realities.

The 1989 Nobel Peace Prize winner’s remarks were his most extensive yet regarding the election of the real estate tycoon and reality television star who has called for putting America’s concerns first and shown little interest in Washington’s traditional espousal of global democracy and social justice.

Commenting at the conclusion of a four-day visit to Mongolia, the leader of Tibetan Buddhism says he looks forward to seeing Trump at some point following the Jan. 20 inauguration. It was not immediately clear if a meeting between the two has been planned. Such meetings usually draw protests from Beijing, who accuses the Dalai Lama of seeking to split Tibet from China.

The 81-year-old monk said he has always regarded the U.S. as the leader of the “free world” and wasn’t concerned about remarks made by Trump during the election campaign. Some of those comments have been cited as offensive to Muslims, Hispanics and other U.S. minority groups.

“I feel during the election, the candidate has more freedom to express. Now once they (are) elected, having the responsibility, then they have to carry their cooperation, their work, according (to) reality,” he told reporters. “So I have no worries.”

China had demanded Mongolia scrap his visit for the sake of the “general picture of a sound and steady development of bilateral ties.” Mongolia’s fragile economy is heavily dependent on China, and the countries are in discussions on a $1.2 billion Chinese loan to help pull it out of a recession.

Mongolian television station Eagle TV’s website reported that China had delayed talks on the loan and on cooperation in mining, apparently in response to the Dalai Lama’s visit. Mongolia’s foreign ministry said it had not received any notice on that and China’s foreign ministry did not immediately respond to a request for comment.

In his comments, the Dalai Lama said his visit to the landlocked, primarily Buddhist, nation had no political purpose and said he had not publicly advocated independence for Tibet since 1974. The Dalai Lama has long called for Tibet to remain under Chinese rule, but with greater political participation by Tibetans and stronger protections for its traditional Buddhist culture.

China says Tibet has been part of its territory for centuries, although many Tibetans say they were effectively an independent country for much of that time.

Asked to comment on climate change — which Trump has denounced as a hoax — the Dalai Lama said he was heartened by the turn to alternative energy sources such as solar and wind power.

“I think … we must now concentrate on these things. I don’t know whether we can reduce cars or not. People everywhere busy, busy. I don’t know if it will be possible to re-introduce by walk,” he said.

Referencing past efforts to minimize damage to the ozone layer, the Dalai Lama said that raised the chances of similar cooperation on climate change.

“So that gives us hope, there is possibility,” he said.

While the U.S. has in the past called on China to respect civil liberties in Tibet, Trump has praised authoritarian rulers such as Russia’s Vladimir Putin who have been strongly criticized by human rights groups.

Chinese President Xi Jinping congratulated Trump in a phone call and the country’s state media has welcomed his election as harkening a less confrontational policy toward China. Those outlets have also applauded Trump’s announcement that he would abandon a U.S.-led free trade agreement in Asia that had excluded China.

However, Trump has also accused Beijing of unfair trade practices and pledged to bulk-up the U.S. military, leaving questions as to his ultimate approach to relations with the world’s second-largest economy.


Palestinian cleric 'Abd Al-Salam Abu Al-'Izz at Al-Aqsa Mosque: Use Pakistani nukes to eliminate Israel Matthew Bronfman: “Anti-Semitism And Anti-Zionism In Europe Are Becoming One And The Same”