Migrant crackdown: Liberal Germans demand urgent action over those who ‘reject our state’ 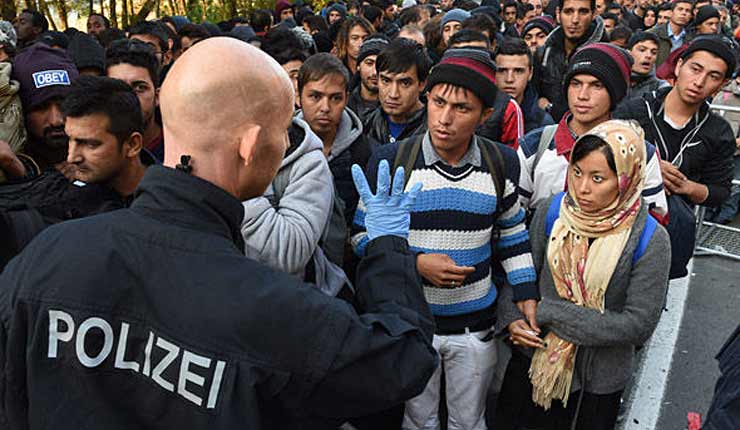 LIBERAL politicians in Germany are demanding tougher policies on immigration, urging for refugees who abuse their rights to be expelled from the country

The Free Democrat Party has called for stricter enforcement of immigration laws, claiming multiple terror attacks in the country over the past year demonstrate police are unable to handle the situation alone.

The party says special officers must be brought in to ensure that laws are being upheld and protect Germany’s citizens.

Sebastian Czaha, leader of the Berlin FDP, said: “The citizens must be able to rely on the fact that the rule of law is not only valid everywhere, but is also enforced in every corner of our country.”

Mr Czaha added for this to be possible, there must be a “relief of the police for the refugee crisis”, explaining “thousands of police operations in and around refugee facilities and correspondingly many preliminary investigations make this clear”.

In order to fight extremism, Mr Czaha said it was important to “expand the repression against those who reject our state and act against our social order”.

He claimed that existing powers to deal with extremism, such as around-the-clock surveillance and ankle tags, are not being applied consistently across the country.

Speaking after a conference between leaders of the state parliaments, Mr Czaha also demanded that restrictions on exit and re-entry of Germany by extremist Islamic and Salafist organisations must be taken, as well as bans on associations with the groups.

The FDP say that education and enlightenment is the best way to prevent young people from being radicalised, and called for an expansion of faith-led Islamic classes, which they say should be taught under state supervision in German, by teachers with full training.