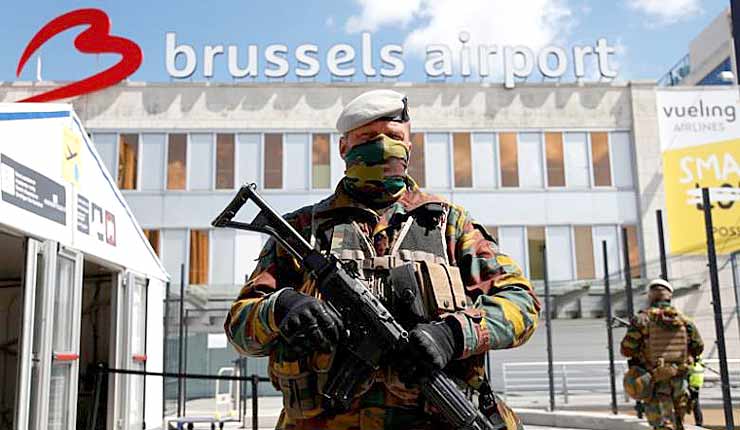 Belgium has launched new security measures at Brussels Airport after suicide bombings there in March, taking inspiration from controls at Ben Gurion in Israel, among the most heavily protected airports in the world.

Islamist suicide bombers killed 16 people and injured over 150 in the departure hall of Brussels Airport on March 22. The bombings were part of a coordinated assault on the Belgian capital’s transport system.

Since then, the airport and Belgian government authorities have been working closely on a new security concept.

At Ben Gurion, cars are stopped at a checkpoint and given a once-over by heavily armed guards and cameras that read license plates. People deemed suspicious are pulled over for further questioning and possibly full searches. Largely unnoticeable monitoring continues all the way to the terminal.

Jambon said he was impressed especially by how some of the measures were non-intrusive for passengers. “There, security measures are present but not visible all the time,” he said.

This month, the temporary tents outside Brussels airport that were used for passenger checks in the wake of the bomb attacks were removed and now police officers newly trained in behavioral detection stand guard at entranceways, looking for signs of suspicious conduct among arriving travelers.

“This is not profiling on the basis of age, skin color or gender, it’s about detecting behavior,” Jambon said at the ACI Europe airport security conference in Brussels.

Facial recognition technologies are part of the new security system. The number of cameras at the airport has been increased by 25 percent to 1,250, including ones to scan car number plates as they enter the airport perimeter.

“In time, gates will be installed at access roads to the airport and will open only after scanning of number plates,” Jambon said. He added that the government planned to extend the new security steps to other airports throughout Belgium.

Brussels Airport CEO Arnaud Feist said the glass of the airport facade had also been strengthened so that should another explosion occur, it could absorb the impact better.

The airport is also looking at other measures, such as remote bag drops to improve security, while staff have been encouraged to report any unusual activities. “We want to serve as a blueprint for airports in Europe,” Feist told Reuters.


EL AL and Rolls-Royce sign the largest ever UK business arrangement with Israel Israel: Iran is smuggling weapons to Hezbollah on commercial flights