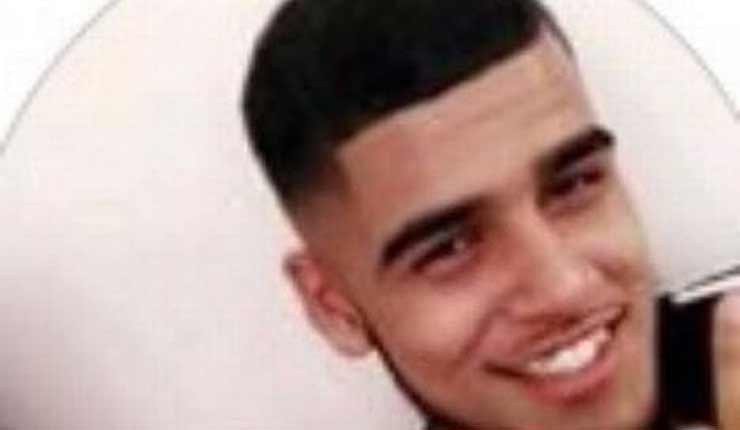 A student has been jailed for blackmailing a 14-year-old schoolgirl into handing over family jewellery after threatening to release a video of her being ‘abused’ on Facebook.

The young victim claimed she was targeted for sexual exploitation by Mohammed Luqman, 18, over a period of months.

The Birmingham college student allegedly recorded her being sexually abused and later threatened to release the videos on social media, unless she stole from her family for him.

The terrified schoolgirl did hand over jewellery and her iPhone but later broke down and told teachers what had happened and police were called in.

Luqman, of Edgbaston Road, Balsall Heath, was arrested in early 2015 and last month pleaded guilty to two counts of blackmail, contrary to Section 21 (1) of the Theft Act 1968.

Luqman was sentenced at Birmingham Youth Court on November 4, where he received six months youth custody for each offence, to run consecutively.

He was also told to pay a £20 surcharge for each victim and ordered to stay away from the two girls for the next five years.

Despite now being aged 18, he was sentenced as a youth as the offences were committed when he was 16.

Yet the mum of the 14-year-old victim has hit out at the sentence and the fact no-one had been charged with any sexual offence.

She said: “It’s been horrible. When my daughter found out that no-one was being charged with any sexual offence, she was crying and screaming.

“My daughter said she would be taken to parks and was then told to get undressed. Yet she felt that police have not really believed her throughout.

“Barnado’s is helping her as is her support worker, while the neighbourhood police have been around every other week because she has been scared that people are following her and sending messages through social media.

“She has gone downhill, become a person who does not want to go out, she is isolated at home.

“She used to love going to school and her friends coming over and going out and all that has gone.”

The mum added: “We were kept apart from the second family throughout the case. But we met them on the day he was sentenced and the second girl’s Dad was very angry too. Luqman has ruined two lives.”

The mum had previously claimed the police investigation was dogged by blunders, including officers ‘losing’ a phone with the alleged abuse footage on and she criticised police for not questioning the student for five months,

Police claimed the case was delayed because the daughter would not initially give a statement and blamed the phone incident on a ‘misunderstanding’.

The mum said she was in no doubt her daughter had been a victim of child sexual exploitation.

She previously said: “he started blackmailing her, asking her to get stuff for him, jewellery from home, things like gold and phones.

“There are also voice Hecordings as when he wanted to send her a message, he voice recorded it. He would say, ‘I want this, I want that’, if you’re not going to do it, I’ll put your video on Instagram or Facebook.

“So he was blackmailing her because he wanted stuff.

“He asked her for gold and phones and money, but she replied, ‘I can’t steal off my mum’.”

Police became involved in November 2014 when Luqman sent a video as a threat to the girl’s phone. The mum handed over the phone and the recordings.

She said: “He was asking for £250 or £300. He later sent my daughter the video of her performing a sex act. Obviously she was very upset. After that, it all came out.

“The school called me in and told me what was going on and they took her phone off her. That’s when it came out in the open.”

The mum had previously complained about the slow process of the case.

She said: “I gave them all the evidence on November 24 2014, yet they only took a statement at half-term February.

“They didn’t arrest him until the end of March/beginning of April 2015. But they hadn’t looked at the phone by then.

“Eventually they said the phone was working and that they had everything on CD.”

The mum said her daughter was now looking to put the ordeal behind her and planned to retake her GCSEs when she started at college next September.


The EU’s New Bomb Is Ticking in the Netherlands Hezbollah moving ‘tons of cocaine’ in Latin America, Europe to finance terror operations