The EU’s New Bomb Is Ticking in the Netherlands 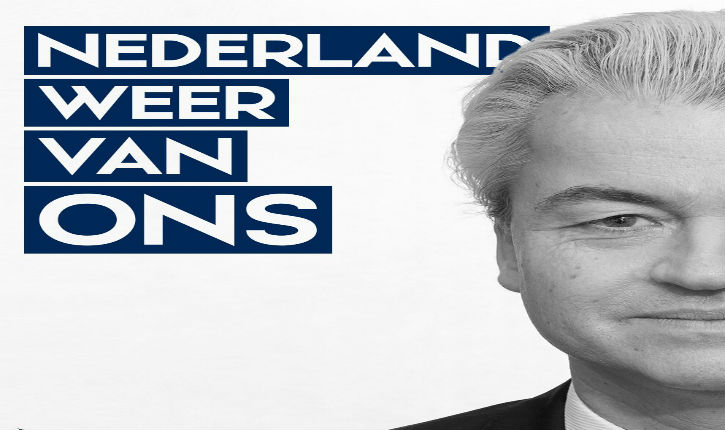 A referendum law has given Dutch euroskeptics a powerful tool to block deeper European integration, and then some, Simon Nixon writes.

THE HAGUE—If the European dream is to die, it may be the Netherlands that delivers the fatal blow. The Dutch general election in March is shaping up to be a defining moment for the European project.

The risk to the European Union doesn’t come from Geert Wilders, the leader of anti-EU, anti-immigration Party for Freedom. He is well ahead in the polls and looks destined to benefit from many of the social and economic factors that paved the way for the Brexit and Trump revolts.

But the vagaries of the Dutch political system make it highly unlikely that Mr. Wilders will find his way into government. As things stand, he is predicted to win just 29 out of the 150 seats in the new parliament, and mainstream parties seem certain to shun him as a coalition partner. In an increasingly fragmented Dutch political landscape, most observers agree that the likely outcome of the election is a coalition of four or five center-right and center-left parties.

Instead, the risk to the EU comes from a new generation of Dutch euroskeptics who are less divisive and concerned about immigration but more focused on questions of sovereignty—and utterly committed to the destruction of the EU. Its leading figures are Thierry Baudet and Jan Roos, who have close links to British euroskeptics. They have already scored one significant success: In 2015, they persuaded the Dutch parliament to adopt a law that requires the government to hold a referendum on any law if 300,000 citizens request it. They then took advantage of this law at the first opportunity to secure a vote that rejected the EU’s proposed trade and economic pact with Ukraine, which Brussels saw as a vital step in supporting a strategically important neighbour.

This referendum law is a potential bomb under the EU, as both Dutch politicians and Brussels officials are well aware. Mr. Baudet believes he now has the means to block any steps the EU might seek to take to deepen European integration or stabilize the eurozone if they require Dutch legislation. This could potentially include aid to troubled Southern European countries such as Greece and Italy, rendering the eurozone unworkable.

Indeed, the Dutch government gave a further boost to Mr. Baudet and his allies when it agreed to accept the outcome of the Ukraine referendum if turnout was above 30%, even though it was under no legal obligation to do so. This was a major concession to the euroskeptics, as became clear when strong turnout among their highly motivated supporters lifted overall turnout to 31%. With Mr. Wilders’s party, currently polling above 25%, and both Mr. Baudet and Mr. Roos having launched their own parties, Dutch euroskeptics are confident they will be able to reach the 30% threshold in future referendums.

From the rest of the EU’s perspective, the central question of the election is whether mainstream Dutch parties can find a way to defuse this bomb. That won’t be easy.

The first challenge is to find a way out of the Ukraine impasse. Prime Minister Mark Rutte remains committed to ratifying the deal but he needs to do so in a way that won’t expose him to charges of ignoring the referendum result, thereby stoking euroskeptic support. Dutch, EU and Ukrainian negotiators will sit down next week and try to hammer out a legally binding clarification that makes clear that the agreement doesn’t include military assistance and doesn’t offer a path to Ukraine’s EU membership.

But even if the rest of the EU and Ukraine can reach such a compromise, Mr. Rutte may not be able to secure the backing of the Dutch Senate, where he lacks a majority. Opposition parties don’t want to be seen to be participating in what will inevitably be portrayed as an establishment stitch-up so close to elections.

The second step to defusing the bomb is to amend the referendum law to exclude international agreements. But while pro-European politicians privately say this is their goal, few are willing to say so publicly. Parties on the center-right don’t want to antagonize their increasingly euroskeptic voter base, while much of the center-left is hamstrung by its past support for the referendum law, which they backed because of a long-standing enthusiasm for direct democracy.

Instead, some mainstream politicians are privately pinning their hopes on the Christian Democrats, a center-right party currently in opposition and traditionally suspicious of direct democracy, riding to the rescue by insisting on an amendment to the law as a condition of any future coalition agreement. Yet the Christian Democrats don’t appear in any mood to let other parties off the hook so easily: The party is currently leading the parliamentary opposition to the government’s efforts to ratify the Ukraine deal.

Not surprisingly, the mood in Brussels, where this situation is being watched closely, is gloomy. One top official reckons the chances of the Dutch government defusing this bomb at less than 50%. Those may turn out to be the odds on the ultimate survival of the European project.