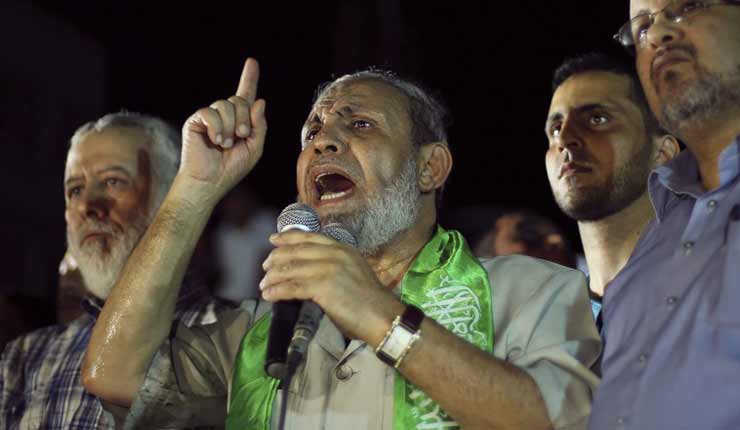 In an interview with Al-Jazeera earlier this month, Zahar said that “Trump loves the Jews, and not only because he likes the Jewish religion.”

Senior Hamas official Mahmoud Zahar has suggested that US President-elect Donald Trump is secretly a Jew.

In an interview with Al-Jazeera earlier this month, translated by MEMRI,  Zahar said that “Trump loves the Jews, and not only because he likes the Jewish religion. I do not rule out the possibility that he is a Jew.

Zahar then went on an antisemitic rant, saying that Harry Truman was bought by $2 million in “Jewish Money” and therefore recognized the State of Israel.

Speaking to reporters in Gaza after Trump’s win, the Islamist group’s spokesman, Sami Abu Zuhri, said: “The Palestinian people is not very much concerned about the changes in American policies towards the Palestinian cause because such a policy is constant and is based on bias in favor of the Israeli occupation. However, we urge the American President to re-evaluate this policy and to work on bringing justice to the Palestinians.”

Trump has told Prime Minister Benjamin Netanyahu that if elected, the United States would recognize Jerusalem as the capital of Israel, marking a potential dramatic shift in US policy.

Reuters contributed to this report.

One thought on “Senior Hamas official: Trump might be a Jew”