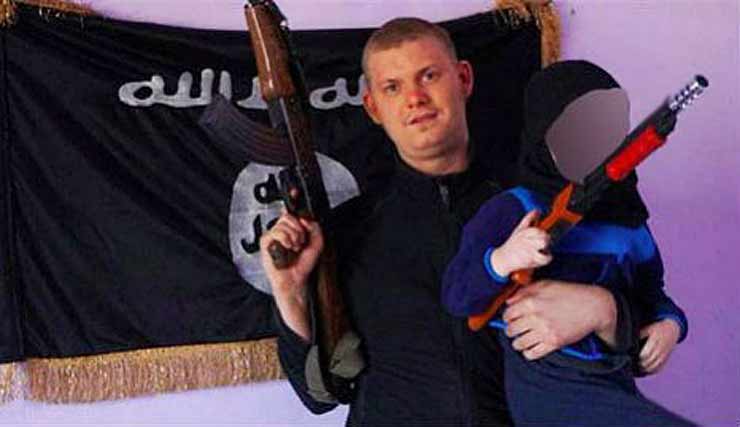 A Swedish fighter for the terror group ISIS claimed over 50,000 Swedish kroner in benefits while living and working in its Raqqa stronghold.

Michael Skråmo, who goes by the name of Abdul Samad al Swedi, took his wife and four small children to Syria in August 2014, settling in Raqqa. He has since appeared in a string of propaganda videos, sometimes with his children, posing with a Kalashnikov assault rifle.
According to Sweden’s Göteborgs Tidning (GT) newspaper, it took more than a year for Sweden’s welfare agency Försäkringskassan to sent a letter to Skråmo’s Gothenburg address informing him that his child and housing benefit had been discontinued.
“Försäkringskassan has stopped payments of child benefits and housing benefits for your children,” the letter, which has been passed to the newspaper, reads.
Magnus Ranstorp, a terrorism researcher at Sweden’s National Defence University, said he suspected that even the 5,814 kronor Skråmo and his wife received each month in child benefits would have been enough to support them in Raqqa, even without their payments for housing benefit.
“It exposes how weak the system seems to be in its control mechanisms,” he told GT. “Michael Skråmo has been one of the most well-known IS sympathisers for quite some time. Police should be able to somehow sound the alarm and inform all the authorities when someone has journeyed down there.”
According to the newspaper, Skråmo’s payments appeared to have been stopped eight months after he and his family left Sweden. He also owes 61,842 kronor in unpaid rent to his old landlord.