Pamela Geller : As a Jew, I Stand with Steve Bannon 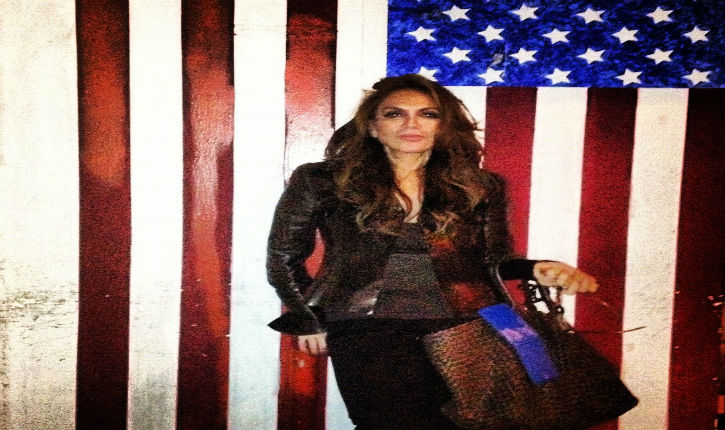 Donald Trump has named Steven K. Bannon his senior counselor and chief strategist, and now the lies, smears, and defamation of Bannon have begun. I know well how this process works. It’s evil. As the enemedia bombards us with claims that Bannon is a white supremacist and an anti-Semite, I am, as a Jew and a proud Zionist, honored to stand up for Steve Bannon.

I am fortunate to say that I have known and worked with Steve Bannon ever since the tragic passing of Andrew Breitbart. While he was at Breitbart, he would ask me to write articles on pressing issues — usually several times each week. Longtime readers who are deeply familiar with my work know that I am a fiercely proud Jew and unapologetic Zionist.

As long as I have known Steve, he has been an unabashed supporter of Israel, and of those of us who fight against Jew-hatred and racism. Unequivocally.

He is whip-smart, courageous, bold, and loyal.

Now the Anti-Defamation League (ADL) is claiming that he is anti-Semitic? What? He partnered with Andrew Breitbart — a Jew. He partnered with Larry Solov, another Jew, after Breitbart died. He worked with me — a Jew. He gave proud and fierce Zionists such as Aaron Klein a platform to speak and advance the cause of the Jewish people and the Jewish state. Breitbart Jerusalem was launched under Bannon’s tenure with the Breitbart organization.

The ADL haters’ attacks on Steve Bannon make him an honorary Jew. The ADL has a consistent record of attacks on proud Jews and Zionists.

The ADL has attacked Israeli Prime Minister Benjamin Netanyahu, Joan Rivers, and even Israel itself. The ADL should be sued for fraud. They raise money on the premise that they “fight antisemitism.” On the contrary, they fuel and align with the world’s most vicious Jew-haters. The ADL gave an award to Turkish President Recep Tayyip Erdogan, despite his long record of anti-Semitic statements.

I have crossed swords for years with this vicious leftist “Jewish” organization — starting with their refusal to recognize the Armenian genocide. If a group claiming to represent the Jews fails to recognize the template, the mass slaughter that inspired Hitler, then we have failed to learn anything from history. In whitewashing the Armenian genocide, the ADL is as culpable as the Islamic perpetrators.

Meanwhile, the Southern Poverty Law Center (SPLC) claimed that Bannon was “the main driver behind Breitbart becoming a white ethno-nationalist propaganda mill.” The SPLC is a well-funded group that works furiously to silence dissent and impose a totalitarian straitjacket on the public discourse on these issues, only allowing voices that toe their propaganda line about Islam being a religion of peace and Muslims as the victims, rather than the perpetrators, of terrorism.

The SPLC uses its hate group listings to demonize conservatives and anyone who dissents from its statist, authoritarian agenda. Its hate group list is so tendentious and politically motivated that the SPLC was removed from a government website’s listing of resources on hate groups.

The ill-gotten wealth of the SPLC amounts to tens of millions of dollars, while those whom they target, the supporters of freedom, are meagerly financed by average Americans who want freedom preserved in this country.

As for what Bannon’s ex-wife said in their divorce papers, don’t even go there. People are at their worst during a divorce. They will say anything and do anything to get the kids, the money, the house, whatever. It is all wild mudslinging, and I accuse “journalists” such as Jake Tapper of committing defamation and libel in their rage over the fact that that quisling crook Hillary lost and lost big.

I did a BBC interview Monday afternoon in Bannon’s defense. It was supposed to be a Trump interview, but it was all Bannon, and the BBC was gunning for him. I took them apart — it will be interesting to see what they run.

The establishment media and establishment leftist organizations such as the SPLC and the ADL, as well as the DNC, are trying to do to Trump and Bannon what they successfully did to Allen West’s chief of staff, Joyce Kaufman, shortly after West was elected to Congress in 2010: ignite a media firestorm that forces him to change the personnel of his staff to suit his enemies. West blinked and fired Kaufman.

Trump must hold firm. He has been on the receiving end of the most vicious smears and libels. That’s why my money is on him. He won’t take the bait.

The good news is that the people know. The people know the enemedia and what their agenda is. It won’t work. Not anymore.

Pamela Geller is the President of the American Freedom Defense Initiative (AFDI), publisher of PamelaGeller.com and author of The Post-American Presidency: The Obama Administration’s War on America and Stop the Islamization of America: A Practical Guide to the Resistance. Follow her on Twitter here.