Archbishop of Canterbury Justin Welby: It’s time to stop saying Isil has ‘nothing to do with Islam’ 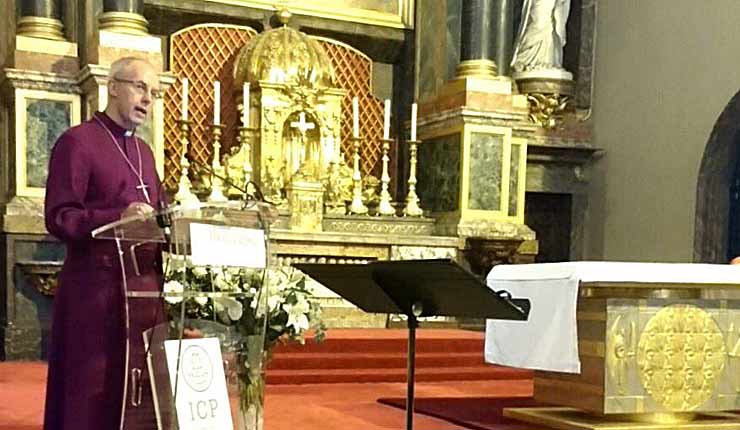 Claims that the atrocities of Islamic State of Iraq and the Levant have “nothing to do with Islam” are harming efforts to confront and combat extremism, the Archbishop of Canterbury has insisted.

Religious leaders of all varieties must “stand up and take responsibility” for the actions of extremists who profess to follow their faith, the Most Rev Justin Welby said.

He argued that unless people recognise and attempt to understand the motivation of terrorists they will never be able to combat their ideology effectively.

It follows calls from a series of high profile figures for people to avoid using the term Islamic State – also known as Isil, Isis and Daesh – because, they say, its murderous tactics go against Islamic teaching and that using the name could help legitimise the group’s own propaganda.

But the Archbishop said that it was essential to recognise extremists’ religious motivation in order to get to grips with the problem.

He also said it was time for countries across Europe to recognise and rediscover the “Judaeo Christian” roots of their culture to find solutions to the mass disenchantment which led to the Brexit vote in the UK and the rise of anti-establishment leaders in the continent and beyond.

His comments came during a lecture at the Catholic Institute of Paris, as he was awarded an honorary doctorate.

Although the Archbishop voted for the UK to remain in the European Union, his lecture contained a scathing critique of “centralisation, corruption and bureaucracy” in Brussels which he said had handed its opponents “easy ammunition”.

He said millions of people in Greece in particular were suffering because of the actions of European decision-makers who had urged it to join the Euro on a “false prospectus” and ultimately turned the entire country into the “biggest debtor’s prison in European history”.

“In order to understand, religious people in Europe must regain the ability to share our religious vocabulary with the rest of the continent,” he continued.

“If we treat religiously-motivated violence solely as a security issue, or a political issue, then it will be incredibly difficult – probably impossible – to overcome it.

“A theological voice needs to be part of the response, and we should not be bashful in offering that.

“Until religious leaders stand up and take responsibility for the actions of those who do things in the name of their religion, we will see no resolution.”