Fatah official: Palestine alongside Israel is just ‘a phase’ 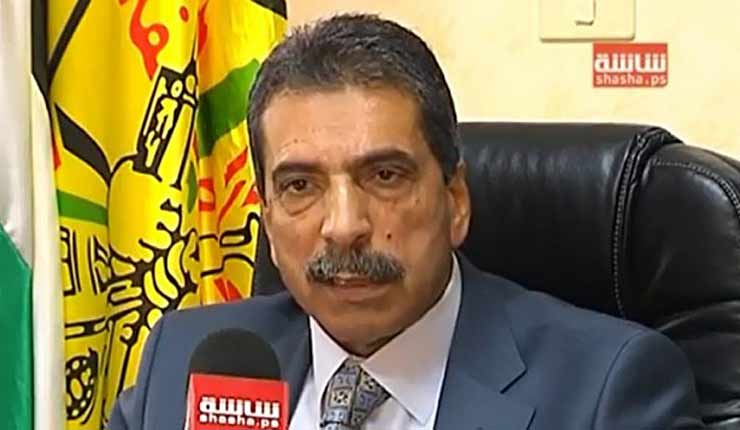 A senior member of Palestinian Authority President Mahmoud Abbas’s Fatah party has said a Palestinian state alongside Israel is only “a phase” and that Palestine should eventually stretch from the Jordan River to the sea.

In an interview with the Ma’an news agency on January 19, Tawfik Tirawi, a member of the Fatah Central Committee, said “Palestine stretches from the river to the sea… a Palestinian state in the 1967 borders, with Jerusalem as its capital, is just a phase, as far as I am concerned.”

Watch a video of the interview here.

Tirawi said that he would gladly accept a state along the 1967 borders as a first step, but warned: “Don’t think that there can be a solution to the Palestinian issue by establishing a state the borders of which are limited to the West Bank and Gaza. I challenge any Palestinian to say that the map of Palestine is limited to the West Bank and Gaza.”

He quickly added, “This does not mean that I want to throw the Jews into the sea. No, I want to live together with them… We want the people who are in Palestine to live in Palestine in its historical borders.”

Last November, Tirawi praised his two-year-old son for expressing his desire to kill “Zionists” in a children’s song lauding martyrdom.

In an interview on a PA television station, Tirawi proudly recounted how his toddler son sang “Escort the Martyr to ‎his Wedding.”

“Today, his mother told me that he sang: ‘Daddy, buy me a machine gun and a rifle, so that I will defeat Israel and the Zionists,’” Tirawi said, boasting that his son was “not yet three!”

While Tirawi admitted that his toddler did not know the the meaning of the song, he said such sentiments were a natural expression of Palestinian nationalism.

“The Palestinian, by nature and education, feels a sense of belonging to the land and the homeland,” he explained.

Tirawi has on several occasions voiced skepticism that negotiations could ever result in a Palestinian state, and has advocated for an armed Palestinian resistance against Israel.

In 2014, Tirawi dismissed Palestinian attacks on Israelis as “nothing but a reaction to the recent crimes of the occupation and the settlers in occupied Jerusalem and across the nation.”

“Negotiations will bring us nothing… we, all Palestinian factions, must return to the cycle of action. When we will do this, many things will change,” he told the Lebanese news channel al-Mayadeen.

Tirawi said that Palestinians were pushed into negotiations with Israel by a consensus of Western and Arab states who insisted on diplomacy, leaving the Palestinian leadership no option but to agree.

Earlier this month, Tirawi told Palestinian TV that Adolf Hitler “was not morally corrupt, he was daring.”


French PM: The EU will COLLAPSE if Germany and France do not begin to listen to people's concerns on immigration and Islamist terrorism Putin Withdraws Russia From International Criminal Court

3 thoughts on “Fatah official: Palestine alongside Israel is just ‘a phase’”