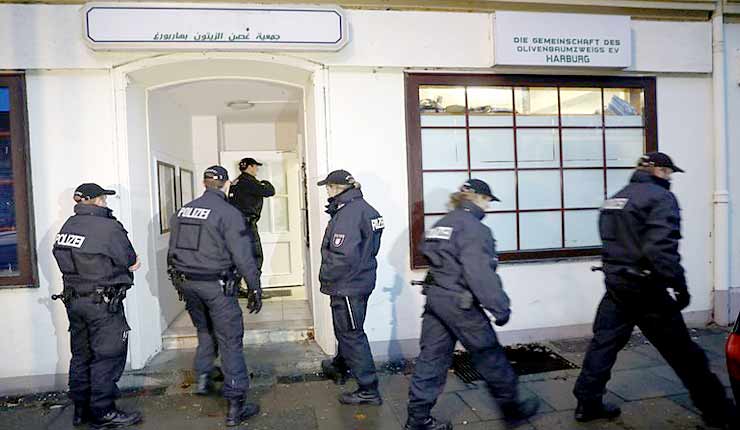 Somehow these Muslims seem to have gotten the idea that Islam had something to do with violence. I trust that Pope Francis and John Kerry and other learned imams of that caliber are traveling to Germany now to explain to these members of “The true religion” group how they’re misunderstanding their peaceful religion

Hundreds of German police officers searched about 190 offices, mosques and apartments of members and supporters of the Islamic group “The true religion” as the government announced a ban of the organization Tuesday.

The group — also known as “Read!” — has been distributing German-language copies of the Quran across the country. The interior minister said that more than 140 youths had traveled to Syria and Iraq to join fighters there after having participated in the group’s campaigns in Germany.

“The translations of the Quran are being distributed along with messages of hatred and unconstitutional ideologies,” de Maiziere told reporters in Berlin. “Teenagers are being radicalized with conspiracy theories.”

Young men in long robes and bushy beards handing out German copies of the Quran has been a common sight in downtown and shopping areas across Germany for several years….