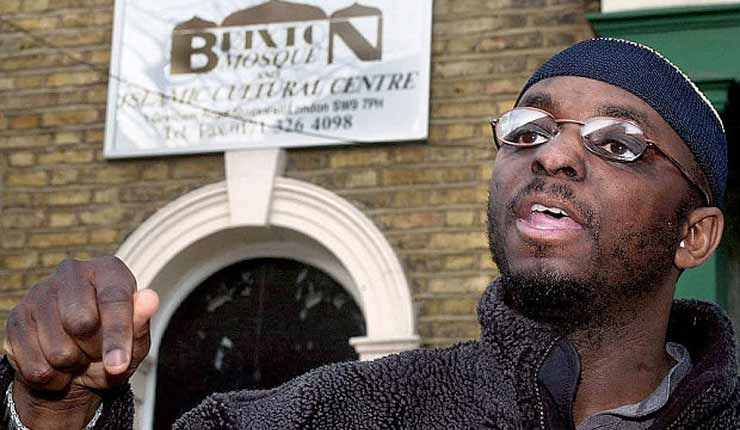 The council which failed scores of girls abused by a sex grooming ring has hired a radical Islamic group to “mentor” potential abusers from the Muslim community.

The group, Street UK, also has links to the Trojan Horse plot, in which hard-line Muslims sought to Islamise state schools and push out secular head teachers.

The contract is part of Oxfordshire County Council’s response to Operation Bullfinch, which saw seven men convicted of 59 sex crimes against children and sentenced to a total of 95 years in prison. Five were of Pakistani origin and two were North African.

The council is braced for fierce criticism next week in a “serious case review” into the scandal. All the victims were known to Oxfordshire social services and five were living in council care, but for years officials and police ignored complaints from their parents and other warnings that the children were being raped and sold for sex.

In an effort to answer the attacks, the council has engaged Street UK, which it describes as a “national youth charity,” for a “pilot mentoring programme” in Oxfordshire’s Muslim communities to “work closely with those at risk of perpetrating child sexual exploitation and divert them away from such activity.” Street UK is in fact a group which had its government grant cancelled in 2011 after paying for the publication of a booklet by Salafi Manhaj, which issues regular fatwas enforcing a Salafist, or ultra-literal and conservative, view of Islam.

The fatwas call participation in parliament a “sin”, oppose “man-made laws”, such as British law, describe “those who speak in the name of ‘freedom of religion’ ” as “enemies of Islam” and forbid “a man and woman to be alone together under all circumstances”, unless married.

Salafi Manhaj condemns football as “impermissible” because players wear shorts and spectators “turn away from the remembrance of Allah” in a spirit of “repugnant bias and partisanship towards different teams”.

Street UK’s website published advice on clothing and music from anti-Semitic and extremist Salafi clerics. Its founder, Abdul Haqq Baker, an ultra-conservative Salafist, was chairman of Brixton Mosque, attended by Richard Reid, the shoe bomber, and Zacharias Moussaoui, 9/11’s “twentieth hijacker”. He says he tried to warn the authorities about them and opposes violence.

“This form of Salafism is strongly opposed to terrorism but promotes an extreme and separatist view of Islam,” said Haras Rafiq, director of Quilliam, an anti-extremism think tank. “They are not the right people to be working with potential abusers – or anyone else.” Despite this, Oxfordshire is far from the only public authority to employ the group. The Sunday Telegraph has established that Street UK has secured work to prevent child abuse from at least three other local safeguarding boards: Staffordshire, North Yorkshire and the east London borough of Havering.

It has also worked in at least four prisons, including “intensive mentoring of high-risk individuals” at Wormwood Scrubs in London, mentoring female offenders at Holloway, and young offender work at Rochester and Cookham Wood prisons. It has worked in schools in East Lancashire and West Yorkshire, and carried out other publicly-funded projects in London, Birmingham and Blackburn.

However, it is not clear where the money paid to the group has gone. Street UK does not appear to be a charity and has no connection to the charity of the same name, which deals with financial services. It was a company, but published its last accounts in 2010 and has now been dissolved. Its website is no longer operational.

Street UK’s lead staff member for the Oxfordshire contract, Alyas Karmani, is a Bradford councillor elected for George Galloway’s Respect party, but now sitting as an independent. He has close links with another ex-Respect councillor in the city, Faisal Khan, who was sacked from the governing bodies of two local schools after being accused of leading a Trojan Horse-style plot to oust secular headteachers in Bradford. Mr Karmani and Mr Khan are both involved in the Bradford Muslim Education Forum, which regularly hosted meetings in the Yorkshire city with all the key figures from the main Trojan Horse plot in Birmingham.

The serious case review into the Bullfinch scandal, by David Spicer, a barrister, will say that police and social services had warnings about the group of men in Oxford as far back as 2006, and at least six direct complaints from victims. The authorities did nothing for more than four years.

Mr Karmani said: “Anyone who knows the work I’ve been doing over the last ten years will know that [Street’s quoted views] don’t reflect who I am and what I’ve been doing.

“I’ve been one of the most outspoken voices against female genital mutilation and violence against women. I have spoken against Pakistani grooming gangs.

“Our direction of travel has been away from the Right – towards challenging literalism, insularity and isolationism. I do not believe in the Islamisation of schools and am not a member of the Bradford Muslim Education Forum.”