The West must stop enabling Palestinian lies and hate 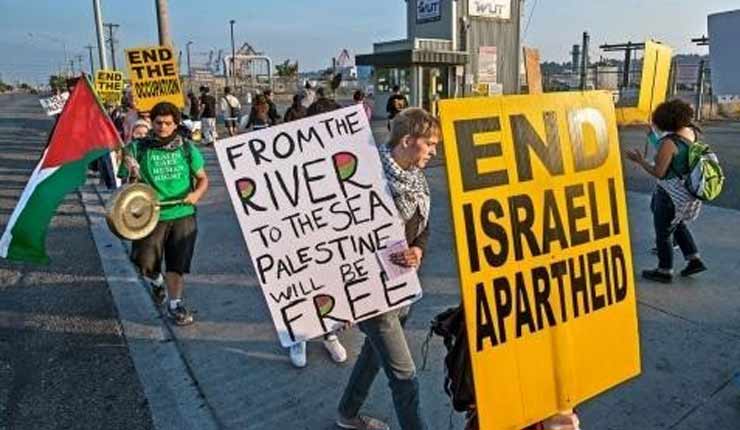 Brig.-Gen. (res.) Yossi Kuperwasser, formerly the chief of the research division of the IDF’s military intelligence and director general of Israel’s Ministry of Strategic Affairs recently published a forceful plea to the countries of the West regarding the Palestinians’ conflict with Israel.

“Tell the Palestinians that they are not going to get any more money to support this kind of indoctrination [of hatred toward Jews and Israel]. If they want the money, they have to adopt a different approach that enables real peace with Zionism and the Jewish People, an approach that would eventually lead to mutual recognition between a Palestinian state and a Jewish state where everybody recognizes the other’s identity as the nation-state of their people.”

It is a seminal essay.

With hard-hitting unembellished detail, Kuperwasser identifies the inter-related components of the Palestinian leaders’ perpetual, life-sapping, victim-celebrating indoctrination of hatred of Jews, Israelis and Israel. He challenges the international community to demand that Palestinian leaders change their malicious ways. But he goes further. He accuses the West of helping sustain the hatred. “By closing their eyes, the Europeans, and even to some extent the Americans, enable this hatred to go on.”

“How will we ever be able to start moving toward peace when this indoctrination of hatred goes on all the time?” Kuperwasser correctly asks.

With stark clarity, Palestinian leaders recently placed that preference for hatred on full display. They orchestrated two votes at UNESCO that both attempt to expunge the Jewish connection to Jerusalem and the Temple Mount. And they have undertaken an international legal, diplomatic and propaganda campaign to negate the Balfour Declaration of November 1917.

Among the eight countries that abstained in UNESCO’s heritage committee vote on Jerusalem (this was the second vote, following the vote in the 58-member executive committee), were nominally Christian countries Poland, Portugal, Finland and Peru. They refused to defend the historical connection of Judaism – and thus Christianity – to ancient Jerusalem on the basis of some distorted sense of bilateral self-interest and national reward. But bilateral self-interest cannot stretch that far. Their craven behaviour effaces self-esteem and makes these countries the object of ridicule in the eyes of Muslim rulers.

The 1917 Balfour Declaration was a policy statement of intent by the British government regarding the “establishment of a national home” for the Jews in Mandatory Palestine. Alas, Britain never developed the statement into a policy. Had it actually acted in a manner true to the declaration’s intent, countless Jews slain by the Nazis would have survived.

Palestinian leaders have now formally commenced a campaign to convince the world the Balfour Declaration was a “criminal colonialist project.” They wish to hold the British government somehow accountable for “the big crime Britain committed against the Palestinian people” some 100 years ago, for giving “people who don’t belong there something that wasn’t theirs.” They are determined now to enshrine into the international record their latest falsehood, namely that the Jewish People never actually lived in the only land in which we ever had a sovereign existence.

This distortion of history fits perfectly with the UNESCO-endorsed lie that a Jewish Temple never stood in Jerusalem. David Horovitz of the Times of Israel astutely observed that the PA’s Balfour Declaration initiative “shows an undimmed hostility to the very notion of Jewish sovereignty anywherein the Holy Land, and an abiding refusal to accept Jewish legitimacy here.”

The PA’s claim that its refusal to negotiate with Israel is due to the expansion of settlements should clearly be seen as a falsehood. So, too, are the agreements the PA signed and the public pronouncements it made about peace at the White House and the Nobel Peace Prize ceremony.

As long as the West allows Palestinian leaders to advance these lies, then, as Kuperwasser laments, they are complicit in propagating falsehoods as history and in pushing peace between Palestinians and Israelis further away.


Why do I support Israel? ( by Hussein Aboubakr Mansour) 11 Arab Nations Accuse Iran of Sponsoring Terrorism