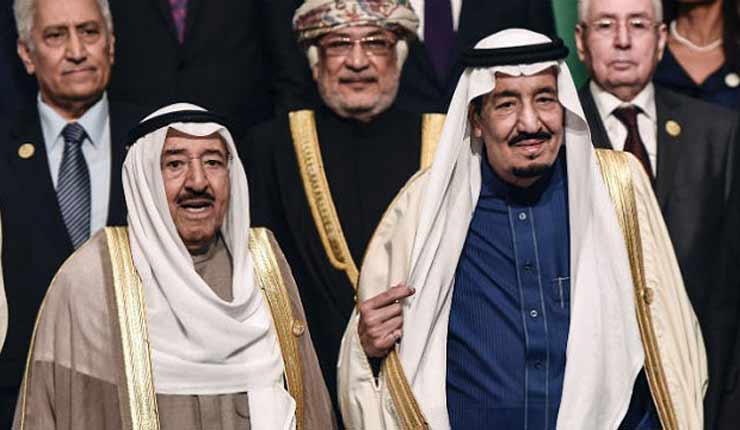 The Saudi royals are petitioning the Israelis to save them. As the president of the Saudi American Public Relation Affairs Committee, Salman al-Ansari, says in this Hill blog post, the Saudis are imploring Israel to resuscitate their collapsing economy and defend them against their Iranian Muslim brethren.

This should not have come as a surprise, given the Saudi ruling family’s obsession with its security and mistrust of Arab and Muslim regimes, especially the Persians, with whom they share strategic borders and reciprocal religious hatred.

Having risen to and maintained their power by ruthless force, the Saudi rulers have mastered the art of ensuring their survival by all the means they possess, can invent or can buy.

For instance, after concluding that there would be long-term adverse reactions, especially by Americans and their Western allies, to the terrorist attack on the U.S. by mostly Saudi nationals on Sept. 11, 2001, the Saudi rulers resorted to what they know well: creating a diversionary stratagem.

After the 9/11 attack, global media embarked upon an unprecedented exposure of the Saudis’ repressive policies, toxic doctrine and support for Muslim extremists and terrorists worldwide. To counter this, the Saudi rulers tried to refocus global attention on the Arab-Israeli conflict.

They proposed an Arab Peace Initiative, with the intention of achieving two major objectives: to deflect attention from their role in the 9/11 attacks and to pave the way for a future defense alliance with the Israelis, with whom they have shared similar security anxieties about Iran since the fall of the shah and the establishment of the theocratic Islamic Republic in 1979.

However, due to the unrealistic concessions the Israelis were asked to make, they considered the peace plan an unacceptable Arab gambit.

The Israelis saw the peace plan not only as a threat to their country’s identity but to their country’s survival. Given this reality, the plan was shelved until the Obama administration reconstructed U.S. policies toward the Middle East, particularly toward Iran, with which the U.S. and the other members of the United Nations Security Council consummated a nuclear deal vehemently opposed by the Saudis and Israelis, albeit for different reasons.

The Saudi rulers are terrified of being dwarfed by Iran’s burgeoning regional and global influence, and the Israelis are fighting for their survival.

After failing to convince the Obama administration of the flaws of the nuclear deal with Iran, the Israeli and Saudi governments were simpatico in their opposition to the agreement and in their mistrust of the Iranians’ commitment to give up pursuit of nuclear weapons. Consequently, they found themselves more open to each other’s overtures.

The Saudis have intensified their public efforts to lure the Israelis into a defense collaboration. But despite their unease over Iranian threats, the Israelis don’t seem be in a hurry to enter into an alliance with a shiftyauthoritarian regime — at least without a tangible public commitment by the Saudis not only to recognize Israel as a sovereign Jewish state but to end its vitriolic demonization of Israelis and Jews at home and abroad.

The Saudis are not in a position to reject Israeli demands, given global awareness of the Saudis’ duplicitous behavior and current conditions in the Middle East.

The question is whether it’s worth it for the Israelis to risk saving and prolonging a crumbling and increasingly isolated system that could turn against them if a better deal with any Israeli enemy is deemed more beneficial by the Saudis.

Given the tumultuous current and foreseeable conditions in the Middle East, Israelis might be better served to stay out of deadly intra-Arab and -Muslim conflicts, despite the Israelis’ desire for normalization of relations with their neighbors.

With or without Arabs’ and Muslims’ recognition of its legitimacy, Israel is in a better position to continue its unparalleled development instead of collaborating with the world’s last absolute, unpopular and unstable monarchy, whose fate is uncertain at best.