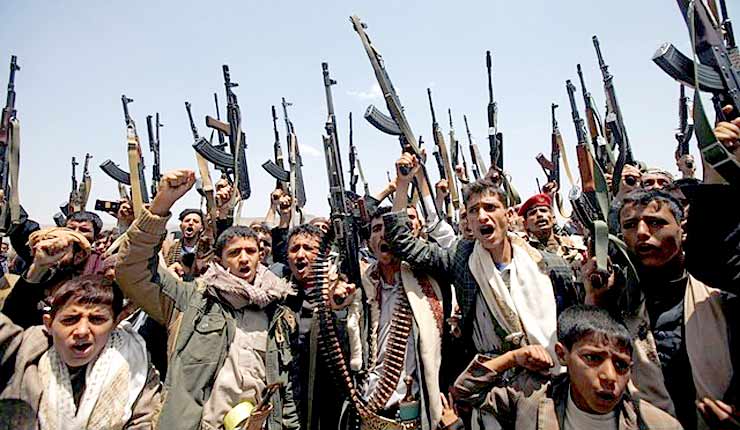 Eleven Middle East and North African countries accused Iran of sponsoring “terrorism” and constantly interfering in the internal affairs of Arab nations, sparking tension and instability in the region.

In a letter to the U.N. General Assembly circulated Monday, the 11 countries cited Iran’s support for Shiite Houthi rebels in Yemen and the Shiite Hezbollah group in Lebanon which has sent fighters to support the Syrian government.

The Arab nations reiterated a statement by Bahrain’s foreign minister in September that the only way forward is for Iran “to comprehensively change its foreign policies and end hostilities.”

The 11 countries condemned Iran for sponsoring “terrorism” in the region, particularly in Yemen where they said Tehran is supporting the Houthis financially and militarily by training their fighters and illegally sending them weapons and ammunition.

Yemen, on the southern edge of the Arabian Peninsula, has been engulfed in civil war since September 2014 when Houthi rebels swept into the capital Sanaa and overthrew the internationally recognized government.

In March 2015, a Saudi-led coalition of Arab countries began a military campaign against the Houthi forces, saying its mission served in part as a counterbalance to Iran’s influence with the Houthis following its nuclear deal with six world powers.

The letter was a response to a statement by Iranian diplomat Abbas Yazdani at the end of the General Assembly’s annual ministerial meeting on Sept. 26.

He dismissed as “absurd and hypocritical” accusations by the UAE’s foreign minister that Tehran was supporting the Houthis when UAE jet fighters were “bombing innocent civilians in Yemen” as part of the Saudi-led coalition.

Yazdani also accused the UAE and other “accomplices” of “funding and arming terrorists in Iraq and Syria and in many other places,” of repeating “baseless claims” to three islands near the Strait of Hormuz that are controlled by Iran but claimed by the Emirates, and of trying to impede the nuclear deal.

The 11 countries reaffirmed support for the nuclear agreement, which capped Iran’s disputed nuclear activities in return for lifting international nuclear-related sanctions. But “unfortunately,” they said, since the deal was signed last year, “we have seen nothing but increased Iranian aggression in the region and the continuation of support for terrorist groups.”

“We remain firm in our resolve,” the Arab nations said, “that any interference by the Islamic Republic of Iran in the domestic affairs of Arab states is unacceptable and must be confronted.”

The UAE’s U.N. Ambassador Lana Nusseibeh accused Iran of “fueling the violence in Yemen, and in other parts of the Middle East.”

The 11 countries wrote to the 193-member General Assembly “to warn them about Iran’s nefarious behavior, and to pressure Iran to stop funding and arming militias that destabilize our region,” she said in a statement.


The West must stop enabling Palestinian lies and hate Did a CAIR Official Call for the Overthrow of the US Government?