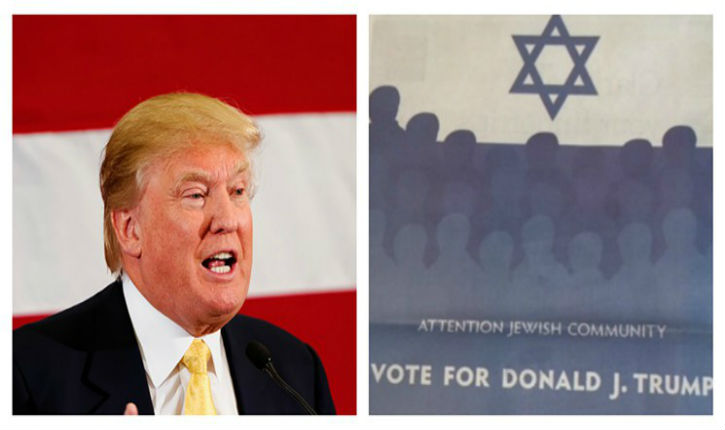 Hillary Clinton matched President Obama’s historically low percentage of the Jewish vote, driving a third of Jews into the Republican camp, an unheard of percentage before Obama’s pro-Iran policies.  Obama also turned Jews off by his blatant personal antipathy to Israel’s prime minister, so the question was whether Jews would come back as a voting bloc for Clinton, who is thought of as a friend to Israel by many Jews, merely by association with her husband.

The answer is no, Jews did not return to the Democratic fold.

The retired Democratic Jews of Florida were a crucial demographic Clinton had to carry, and she didn’t, according to Lori Lowenthal Marcus, co-founder of jewschoosetrump.org.

Experienced political strategist Dan Rodriguez, founder and CEO of the MGR Group, spent the run-up to Election Day and the big day itself in Florida. In the aftermath of the election, he has been traveling to boards of elections in heavily Jewish voting districts. He explained that from raw data, Jewish votes are difficult to distinguish because they get lumped in with white votes. Yet Clinton “received only 32 percent of the white votes (into which Jewish votes are lumped) in Miami-Dade [County], whereas Obama took 37 percent,” Rodriguez told me. In addition, he said, “voters 45 or older, a significant portion of whom are Jewish, went strongly for Trump, 56 percent to Clinton’s 42 percent.”

… Opposition to the Iran deal within the organized Jewish community achieved a level of unity unseen since the days of the movement to free Soviet Jewry. Nearly every major Jewish organization from far-right to center-left opposed the Iran deal, as did every major Israeli political party.

The Jewish vote was important in three other key races, as evidenced by the ads run by the Republican Jewish Coalition in support of  Pennsylvania’s Sen. Pat Toomey, Arizona’s Sen. John McCain, and Florida’s Sen. Marco Rubio focusing on the Iran deal.  All three won.

Trump also won the support of passionately pro-Israel Las Vegas casino magnate Sheldon Adelson, who may have donated more than $75 million to fuel a much needed ad campaign, which ran on all the sports channels and elsewhere in the final two weeks before the election.