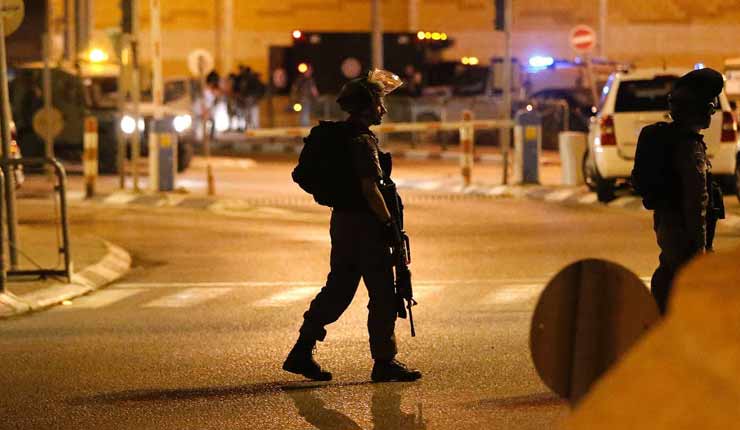 Palestinian law rewards those who kill Jews, including Americans

In his eulogy recently for Israeli statesman Shimon Peres, President Obama spoke of the “unfinished business” of Israeli-Palestinian peace. Now he or Donald Trump have an opportunity to advance the cause—by backing legislation to stop the flow of U.S. tax dollars to Palestinian terrorists.

Since the 1990s, as the U.S. and other countries have sent billions of dollars in aid to the Palestinians, Palestinian leaders have paid hundreds of millions of dollars in rewards to those who carry out bombings, stabbings and other attacks in Israel. These payments, codified in Palestinian law, are an official incentive program for murder that in any other context would be recognized as state sponsorship of terror. But the U.S. and other Western states have looked the other way while continuing to send aid, giving Palestinian leaders no incentive to stop.

“They will never achieve peace when you pay one of your young men to kill someone like Taylor Force. That’s inconsistent and it needs to stop,” Mr. Graham (R., S.C.) says. “We’re not going to invest in a group of people that have laws like this. It’s just not a good investment.” The same Palestinian laws guarantee civil-service employment to terrorists upon their release from prison—the bloodier their crime, the cushier their post.“If you’re in jail for five to six years, you come out with the civilian rank of department head or lieutenant in their security forces, you get to choose. If you’re in jail 25 to 30 years, you become a deputy minister or a major general,” Mr. Graham adds.

Mr. Coats (R., Ind.) notes that Congress tried to stop subsidizing terror payments in 2014, but Palestinian leaders dodged that law with a “shell game” that passed payments through the Palestine Liberation Organization, which technically isn’t a recipient of U.S. aid. When lawmakers raised this with the State Department they got only a “tepid” response, says Mr. Coats. One State Department report praised the payments as “an effort to reintegrate” released prisoners into society.

The truth is these payments are blood-soaked gifts from a Palestinian leadership still devoted more to destroying Israel than to building a Palestinian state. This has always been the chief impediment to peace. Mr. Obama is unlikely to act in his final days, but the Trump Administration and new Congress could send a powerful message by passing the Taylor Force Act.