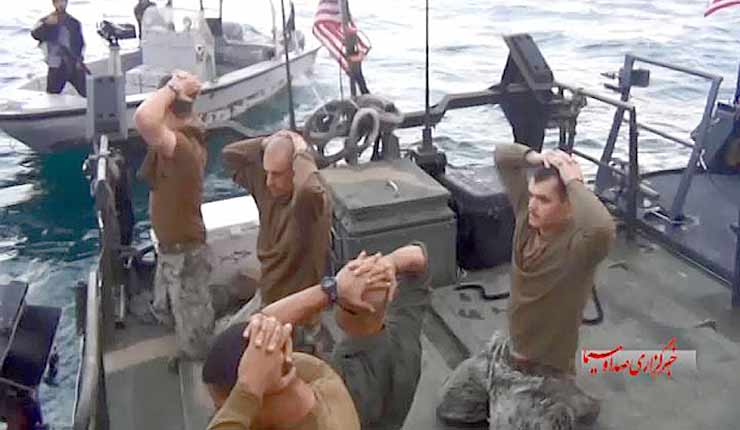 Thursday’s cordial meeting between President-elect Donald Trump and President Barack Obama was a reassuring ritual of democracy. But Obama was far from convincing when he told Trump “we are now going to do everything we can to help you succeed.” There are some highly disparate ideas here about what constitutes success, both foreign and domestic. There are also big areas in which one might reasonably wonder if Obama and his team are in a quandary over the prospect of a Trump administration inheriting the internal records of the most transparent administration ever.

Take, for instance, the Iran nuclear deal, Obama’s signature foreign policy legacy, the chief accomplishment of his second term. The Obama administration’s Iran file has been a realm of murk, crammed with dangerous concessions and secret side deals for terror-sponsoring Tehran — to a degree that has left some critics wondering if Obama’s real aim was to empower Iran as the hegemon of the Middle East (equipped with ballistic missiles to complement its “exclusively peaceful” nuclear program).

The cherry on top — officially separate from the nuclear deal, but highly coincident — was the Obama administration’s secret conveyance to Iran early this year of cash totaling $1.7 billion for the settlement of an old claim against the United States.

Like Obama’s other legacy achievement, the unaffordable Affordable Care Act, a.k.a. Obamacare, these Iran dealings were so intricate, extensive and opaque that we are still discovering just how duplicitous the official narratives were. Obama never submitted the Iran nuclear deal as a treaty for ratification by the Senate. Instead, he rushed the deal to the United Nations Security Council for approval less than a week after the final text was announced, and left Congress wrestling through the ensuing weeks, during the summer of 2015, to try to extract vital details from the elusive Obama and his team, subject to a legislative bargain so convoluted that the process, and the deal, never came to a vote.

For simplicity’s sake, let’s focus on the $1.7 billion “settlement” paid to Iran, which Obama and Secretary of State John Kerry, apparently with no prior notice to Congress, announced this past January.  Obama and Kerry did not mention at the time that the administration was shelling out the funds in cash, to be airlifted into Iran — a form of payment especially handy for Iran’s illicit ventures, such as terrorism and procurement for its ballistic missile program (the usual role of ballistic missiles — which Iran has continued testing — being to carry nuclear weapons, which Obama has assured us Iran under his deal is not developing).

Obama and his team also neglected to mention that $1.3 billion of his administration’s cash bonanza for Tehran had come from the pockets of American taxpayers, via an obscure channel at Treasury called the Judgment Fund. It took months before such specifics came to light, which they did thanks not to the administration, but to the efforts of the press, and a number of persistent questioners in Congress — to whom the administration sent tardy and evasive replies.

Questions continue to swirl around this cash-for-Iran arrangement. Was it a ransom for American prisoners released by Iran on the same day the Obama administration announced the $1.7 billion settlement? (The Obama administration has repeatedly asked the public to swallow the logical fallacy that because it is not U.S. policy to pay ransom, this was not a ransom).